Propaganda isn’t just about manufacturing consent for wars and ridiculous governmental measures we’d never normally accept. That’s what most people think of when they hear that word, but there’s so very, very much more to it than that.

The lion’s share of propaganda goes not toward convincing us to accept new agendas of the powerful, but toward keeping us entranced in the status quo dream world which enables the powerful to have power in the first place. Toward normalizing status quo systems and training us to shape ourselves to fit into them like neat little cogs in a well-oiled machine.

And it’s not even a grand, monolithic conspiracy in most cases. The giant corporations who indoctrinate us with their advertisements, their Hollywood movies and shows, their apps, their websites and their news media are all naturally incentivized to point us further and further into delusion by the fact that they benefit from the status quo systems which have elevated them to wealth.

So day in and day out we are presented with media which train us what to value, where to place our interest and attention, what success looks like, and how a normal human behaves on this planet. And it always aligns perfectly with the interests of the rich and powerful.

They don’t just teach us what to believe. They teach us who we are. They give us the frameworks upon which we cast our ambitions and evaluate our success, and we build psychological identities out of those constructs. I am a businessman. I am unemployed. My life is about making money…

UK newspaper Guardian will not accept advertising money from the fossil fuel industry, even if this means a financial hit for the media, making it the world’s first large news organization to ban oil and gas adds.

Now the Guardian is outright banning advertising money from oil and gas companies, with immediate effect, the newspaper said on Wednesday.

“Our decision is based on the decades-long efforts by many in that industry to prevent meaningful climate action by governments around the world,” the company’s acting chief executive, Anna Bateson, and the chief revenue officer, Hamish Nicklin, said in a joint statement.

The Guardian has also recently pledged to become a carbon neutral organization at a corporate level by 2030, and to almost entirely divest its Scott Trust endowment fund from fossil fuels.

Guardian Media Group (GMG) generates 40 percent of its revenue from advertising, so rejecting ads from oil and gas companies would be a financial hit to the organization, the managers said.

“The funding model for the Guardian – like most high-quality media companies – is going to remain precarious over the next few years. It’s true that rejecting some adverts might make our lives a tiny bit tougher in the very short term. Nonetheless, we believe building a more purposeful organisation and remaining financially sustainable have to go hand in hand,” Bateson and Nicklin said.

My Passion is Puppetry

My Passion is Puppetry

We are supposedly living in the Golden Age of television. Maybe yes, maybe no (my view: every decade is a Golden Age of television!), but there’s no doubt that today we’re living in the Golden Age of insurance commercials. Sure, you had the GEICO gecko back in 1999 and the caveman in 2004, and the Aflac duck has been around almost as long, but it’s really the Flo campaign for Progressive Insurance in 2008 that marks a sea change in how financial risk products are marketed by property and casualty insurers. Today every major P&C carrier spends big bucks (about $7 billion per year in the aggregate) on these little theatrical gems.

This will strike some as a silly argument, but I don’t think it’s a coincidence that the modern focus on entertainment marketing for financial risk products began in the Great Recession and its aftermath. When the financial ground isn’t steady underneath your feet, fundamentals don’t matter nearly as much as a fresh narrative. Why? Because the fundamentals are scary. Because you don’t buy when you’re scared. So you need a new perspective from the puppet masters to get you to buy, a new “conversation”, to use Don Draper’s words of advertising wisdom from Mad Men. Maybe that’s describing the price quote process as a “name your price tool” if you’re Flo, and maybe that’s describing Lucky Strikes tobacco as “toasted!” if you’re Don Draper. Maybe that’s a chuckle at the Mayhem guy or the Hump Day Camel if you’re Allstate or GEICO.

Australia’s peak body representing psychologists has attacked a climate science denial group for a prominent advert taken out in a major national newspaper.

The Australian Psychological Society (APS) says the advert from a little-known group “misuses psychology-based arguments” to “mislead the public” on the science of climate change.

In a stinging letter to The Australian newspaper, which ran the half-page advert, the APS said the authors had shown “cognitive biases” in ignoring a “huge body of scientific evidence” on climate change.

The advertisers identified themselves only as “The Climate Study Group” in the page five advert that appeared on 7 August under the title “Psychology and the New Climate Alarm”.

DeSmog has found the group members have links to mining, finance, agriculture and free market “think tank” the Institute of Public Affairs (IPA).

The Australian Psychological Society was disturbed to see psychology being misused to mislead the public on such an important topic as climate change, and for this to be published in a reputable newspaper.

The advert claimed there was “no evidence CO2 has determined climate in the past or that it could do so in the future” and that “the next ice age remains the real global threat”.

Those conclusions run counter to all the major scientific institutions and academies around the world, including the UK’s Royal Society, the American Geophysical Union and the US National Academy of Sciences. Littlefield’s letter said:

The advert… misuses psychology-based arguments to add credibility to myths and misinformation about climate change. In doing so, the authors illustrate aptly the very error bias (confirmation bias) they are erroneously attributing to the climate science community.

Philip K. Dick was long viewed as a mere genre hack, although his fans always knew better of course. He used the medium of science fiction originally because it was the only way for him to make money as an independent author. His non-SF novels and stories (which have been published posthumously) would have been far more difficult to sell. And so he went and packaged his philosophical ideas into science fiction novels, which we can be eternally grateful for.

The man was brimming with ideas of what the future might look like. Hollywood has tried to bring some of them to the big screen in its adaptations of his novels (none of which Dick himself lived to see), such as e.g. the talking ads in “Minority Report”, which recognize every passer-by and address him by name. Modern-day internet advertising has already come close to this vision.

Dick not only described a fantastic future and displayed an uncanny sense of the things that would one day become reality (the “internet of things”? Try the talking doors in UBIK, which ask apartment owners to deposit money before they will open for them!), he often wrote about a dystopian future in which all these fantastic toys would be abused by seemingly nigh omnipotent governments.

An independent government watchdog group has called on Canada’s auditor general to review taxpayer-funded spending on government advertising. Democracy Watch has also launched a letter-writing campaign through its website, demanding the office look at what it describes as “questionable” ad initiatives in the past.

The group’s co-founder, Duff Conacher, said the federal government is spending public money on ads that mislead or advertise for initiatives that don’t exist.

Government ads can be seen on TV, radio, billboards and the Internet and are paid for by taxpayers’ dollars. There’s currently no oversight to make sure money isn’t spent on partisan ads, though in the past, citizens have complained to Advertising Standards Canada about government ads they felt were misleading.

For example, the government’s current ad blitz will cost $13.5 million for April and May, according to a Canadian Press storyon Monday.

Those ads highlight measures in the federal budget, which was introduced last week, but hasn’t been passed by Parliament.

“The ads are being done, the measures have not been passed, they don’t exist. Therefore it’s false advertising,” Conacher said. “They may never be implemented if the budget bill does not pass before the fall election.”

After that, he said, he’s calling for a comprehensive audit of all advertising going back to 2006.

He said previous ads campaigns, such as one claiming the government treats military veterans well, and another that caused a scandal in 2013 advertising a training grant program that didn’t exist, were political in nature. They did not help to inform Canadians about services available to them.

The Great Change: The Medical Mafia

The Great Change: The Medical Mafia. 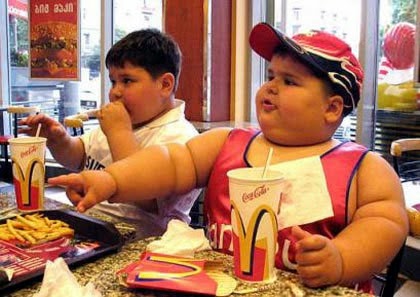 Whenever we’re exposed to broadcast television in the United States we are always amazed at how much of it has been paid for – how much of its time has been purchased – by medical-related corporations. If you turn on the evening news, for instance (and back when we were children that was actually how people became informed of world events, astonishingly enough), the advertising is overwhelming dominated by three sectors: cars, phones, and drugs. By and large, advertising is the principal means by which United States culture instills values in its children.

Other than billion-dollar bribes paid to the best elected officials money can buy, is there some compelling reason why drug advertising is not illegal? Are erections lasting longer than 4 hours really so common that we have to be warned about them 80 times every day? Are there really that many men who worry they won’t be ready when the moment is right? Pfizer apparently thinks it is worth spending $1.2 billion per year advertising Celebrex to protect its consumers from such horrific conditions.  In contrast, NASA’s total cost for the Apollo program that put a man on the Moon was $22.9 billion between 1962 to 1972.

Apart from the Pentagon or NSA budgets, what else do you know that costs as much as pharmaceutical advertising? Big Pharma spent 15 billion on direct mail promotions in 2012, all that junk mail that went directly to your trash without even being opened.  For contrast, the amount the US will spend on school nutrition programs in FY 2014 is 14.8 billion.