The powerful winter storm that battered a large swath of the eastern half of the US has left behind an Arctic chill Saturday morning. A regional power grid with 65 million customers in 13 states and the District of Columbia has declared a rare emergency, over a million people have no power, air travel remains disrupted, and reports of highway accidents are some of the most trending topics this morning.

Let’s begin with PJM Interconnection, a regional power grid that stretches from Illinois to New Jersey, which declared a Stage 2 emergency late Friday and asked customers to conserve electricity due to the rising risk of grid instability.

PJM’s request for customers to reduce power comes as the grid manager is trying to prevent a Stage 3 emergency, which would result in rolling blackouts across the 13 states and the District of Columbia. 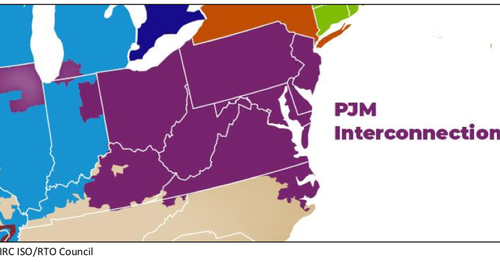 “Demand soared more than 9 gigawatts above forecasts Friday evening — much faster and higher than anticipated. That’s the equivalent of about 9 million homes just popping up on the grid on a typical day,” Bloomberg said.

PJM spokeswoman Susan Buehler told Bloomberg that Stage 2 emergency would “certainly be enough” to avert blackouts across the regional grid because the Arctic blast is only temporary.

In the Carolinas, Duke Energy Carolinas and Duke Energy Progress, like several other utilities, have asked customers to conserve power due to energy shortfalls.

← The US Northeast is hurtling toward a winter heating crisis You’d Better Watch Out: The Surveillance State Is Making a List, and You’re On It →