By olduvai in Economics, Geopolitics on November 8, 2022. 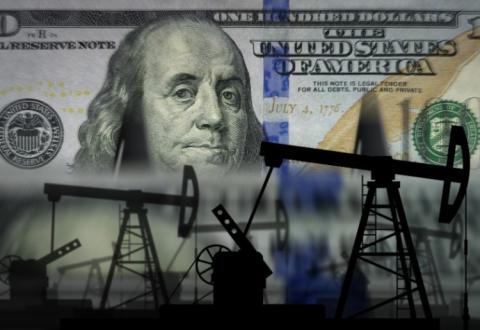 The end of world dollar hegemony is coming and hardly anyone in government is taking notice or even understands what this means. Since the Bretton Woods Conference in 1944, the dollar has been the only currency accepted throughout the world for settlement of international trade accounts among nations.

Prior to 1944, physical gold was used for international settlement. When an exporter in country A sold goods to an importer in country B, country B would pay with its own currency. But country A would have no interest in allowing country B’s currency to build up in its vaults beyond an amount required to settle its own importers’ needs. Thus, country A would demand that country B redeem its own currency in gold. Sometimes country B would ship physical gold to country A. Or perhaps gold held in safekeeping in a third country would be designated as now belonging to country A, a book entry transaction that is more convenient than physical movement.

The Bretton Woods Agreement and Its Demise

The Bretton Woods Agreement added the dollar as tantamount to physical gold at $35 per ounce. The reason was simple: at the end of World War II the United States had accumulated a preponderance of gold, due primarily to its role as the “arsenal of democracy.” Thus, central banks could exchange dollars for settlement rather than moving or redesignating the ownership of physical gold. The weakness of this system was that the world had to trust the USA not to create more dollars than it could redeem for gold at $35 per ounce. But central banks always had the option to demand physical gold from the USA and hence ensure that their trust in the measure of $35 per ounce was fully supported.