Home » Environment » As the planet warms, people are moving. Will Canada welcome them?

As the planet warms, people are moving. Will Canada welcome them?

By olduvai in Environment, Liberty on September 11, 2022.

As the planet warms, people are moving. Will Canada welcome them? 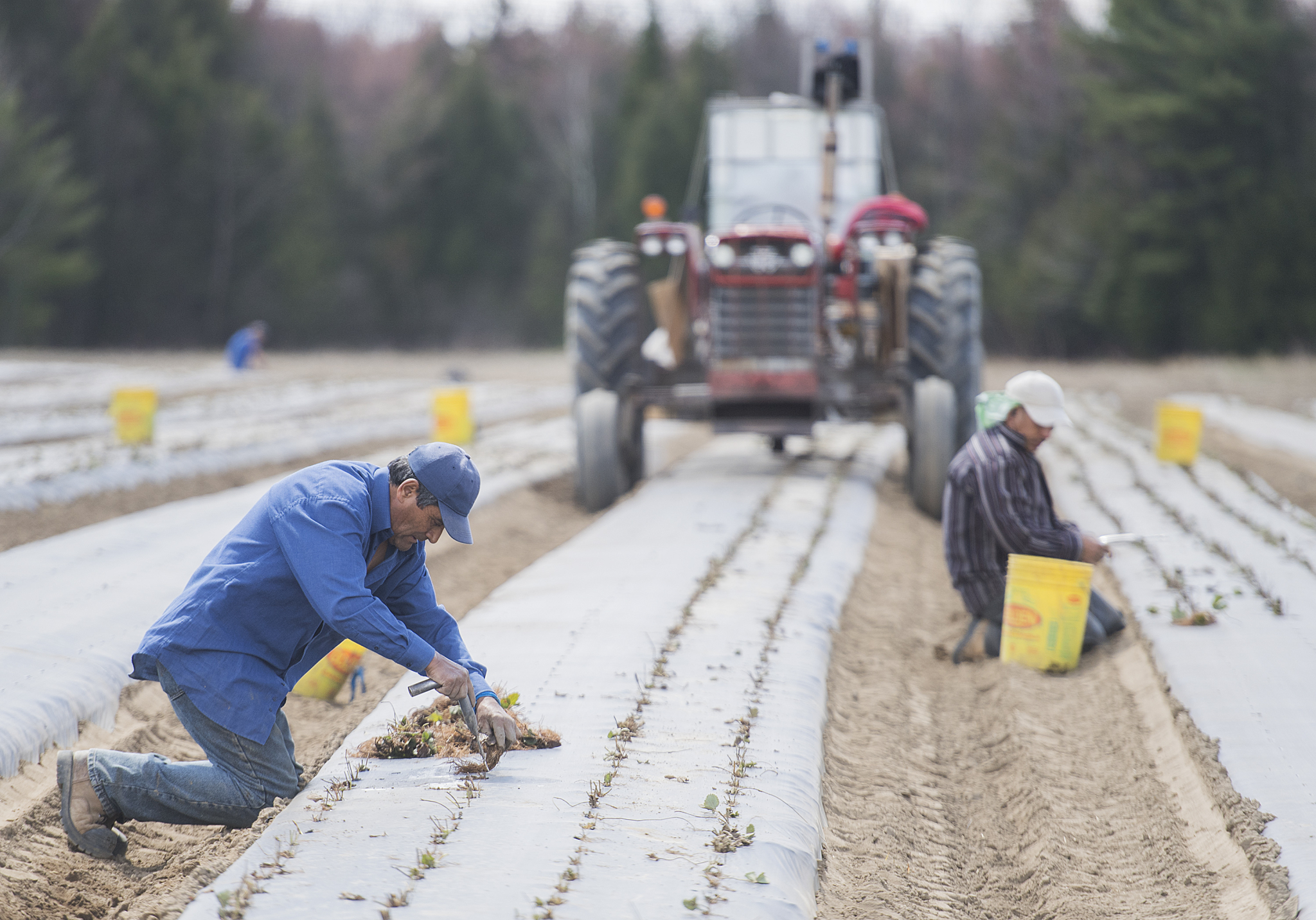 Temporary foreign workers from Mexico plant strawberries on a farm in Mirabel, Que., on May 6, 2020. THE CANADIAN PRESS/Graham Hughes

As droughts, deteriorating farmland and rising sea levels push people around the world from their homes, advocates in Canada are calling on the federal government to support those who are — and will be — displaced by the climate crisis.

Last week, Climate Action Network Canada (CAN-Rac), a body of more than 100 environmental groups across the country, sent a letter to Prime Minister Justin Trudeau and Immigration Minister Sean Fraser asking them to grant permanent residency to all 1.7 million migrants in Canada, including half a million undocumented people. This “regularization” process is key to climate justice, explained Caroline Brouillette, national policy manager for CAN-Rac.

“Fighting the climate crisis is not only about reducing our emissions, it’s about how we care for one another — and that’s why we’re asking for this,” she said.

Climate change is already a factor causing people to immigrate to Canada, said Syed Hussan, the executive director of the Migrant Workers Alliance for Change (MWAC), which worked with CAN-Rac to send the letter. But while climate migrants come to the country as workers, students or refugees, they “may not even be able to describe their experiences having resulted from climate change.”

He said many migrants’ understanding of climate change is that it causes poverty.

Take farmers, for example. Soil degradation is one of climate change’s greatest impacts, he said. Poor soil means poor crops, forcing farmers to move to towns and cities to find work. But many fail to find jobs in larger urban centres, he added, leaving them no choice but to leave their home country and seek opportunities in Canada.

← Get ready for blackouts from London to LA, as the global energy crisis overwhelms grids and sends energy prices skyrocketing Europe Is Facing Energy Disaster And It’s Going To Bleed Over Into The US →