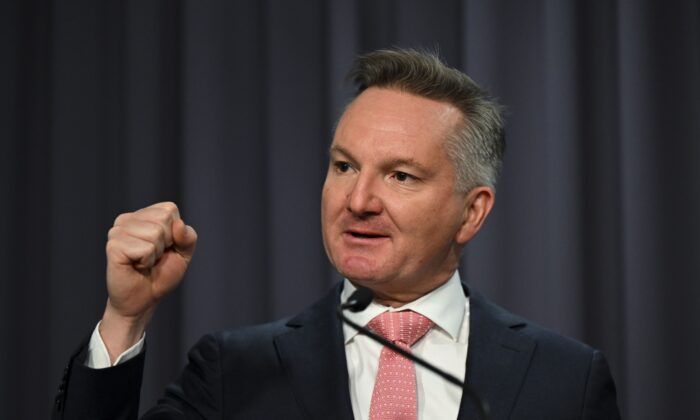 Energy Minister Chris Bowen has blamed Australia’s current electricity shortage on a supposed lack of investment in renewable energy and storage facilities from the previous government.

The Labor minister was responding to questions on whether Australia should simply increase—or repair—coal-fired energy generators that already provide around 64.67 percent of the country’s total electricity, as of December 2021.

“We can store the renewable energy if we have the investment, and that investment has been lacking for the last decade. That’s the problem.”

Incidentally, Australia has been one of the fastest nations to adopt rooftop solar technology installing over 380,000 systems in 2021, with the Clean Energy Regulator saying the combined amount of electricity generated was 3,200 megawatts.

Further, experts have noted that simply building more batteries to increase storage capacity was unfeasible. One of the world’s largest battery storage systems is FPL Manatee Energy Storage Center in Florida, which can power approximately 329,000 homes but for only a two hour period.

Another problem with increasing battery production would be an increased reliance on Chinese supply chains, which would be risky considering the willingness of the Chinese Communist Party to leverage trade relationships in geopolitical disputes.

← Running on Empty, Part IV “We Are Teetering On The Edge”: Food Shortage Worries Mount As PA Farms “Crushed” By Record Diesel Prices →