Home » Economics » Who’s Got the Gold?

Who’s Got the Gold? 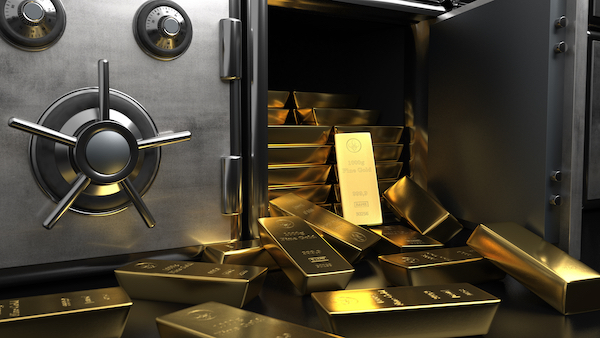 In 1971, the US abruptly went off the gold standard, and in making the public announcement, US President Richard Nixon looked into the television camera and said, “We’re all Keynesians now.”

I was a young man at the time and had previously bought gold, albeit on a very small scale, but I recall looking into the face of this delusional man and thinking, “This is not good.”

However, the world at large apparently agreed with Mister Nixon, and within a few years, the other countries also went off the gold standard, which meant that, from that point on, no currency was backed by anything other than a promise.

It didn’t take long before countries began playing with their currencies. At one time, the German mark, the French franc, the Italian lire, and the British shilling had all been roughly equivalent in value, and four or five of any one of them was worth about a dollar.

That had already begun to change prior to 1971, but following the decoupling from gold, the governments of the world really began to see the advantages of manipulating their own currencies against the currencies of other nations.

From that point on, a currency note from any country, which was already no more than an “I owe you,” was increasingly degraded to an “I owe you an undetermined and fluctuating amount.”

This fixation with monetary manipulation began much like the 1960s youths’ experimentation with drugs, and by the millennium, had morphed into something more akin to heroin addiction. Unfortunately, those who had become the addicts were the national leaders in finance and politics.

Well, here we are, in the second decade of the millennium. The party has deteriorated and is soon to come to a bad end.

← Every US Enemy Is Hitler: Notes From The Edge Of The Narrative Matrix Two Oil Price Scenarios: One Bad, And One Catastrophic →