Home » Environment » Year of Darkness: The Climate Cataclysm of 536 You’ve Never Heard Of

Year of Darkness: The Climate Cataclysm of 536 You’ve Never Heard Of

Year of Darkness: The Climate Cataclysm of 536 You’ve Never Heard Of

During 536 the world was beset by a long winter. Dubbed “the year of darkness” in the New Scientist , temperatures plummeted and the sun was dimmed by a vast fog which blocked its rays from hitting the earth during 24 hours a day over the course of 18 months. This climate cataclysm affected Europe, the Middle East and even parts of Asia over the course of the following decade. In fact, “this climatic downturn may well have profoundly altered the course of history.” But what caused this global climate cataclysm? 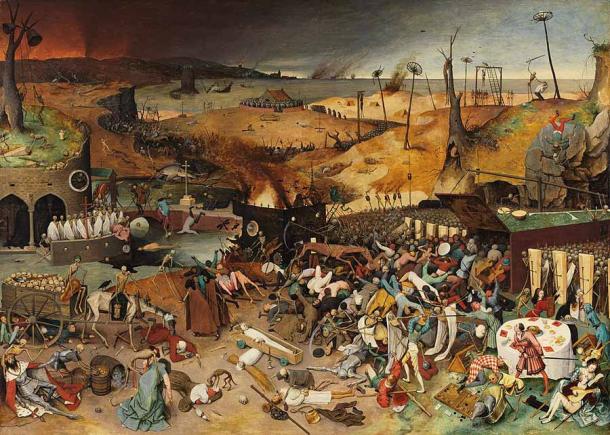 The Triumph of Death by Pieter Bruegel the Elder. ( Public domain )

References in Historic Texts to a Global Climatic Cataclysm

Back in 2018, Science reported that the medieval historian Michael McCormick had stated that 536 “was the beginning of one of the worst periods to be alive, if not the worst year.” In his historical work Historiae Ecclesiasticae , translating as “Church Histories”, the 6th century historian and church leader John of Ephesus wrote that “ the sun became dark and its darkness lasted for 18 months.”

Between the years 535 and 536, a series of major climatic events took place that could easily be described as a global cataclysm with catastrophic consequences. “Each day, it [the sun] shone for about four hours, and still this light was only a feeble shadow. Everyone declared that the sun would never recover its full light again,” detailed Ephesus.

In fact, according to Brandon Specktor in LiveScience, “the fall of the Roman Empire may have been a partial result of the decade of famine and plague that began in A.D. 536.” The fall in temperatures was in fact the beginning of the coldest decade to have been experienced during the last 2,000 years.

← Peter Schiff: The Fed Can’t Do What It’s Saying It Will Do Othering Unvaccinated Persons →