A deep-freeze in Canada and Northern U.S. is disrupting oil flows, causing a surge in crude prices just as American stockpiles are declining.

With temperatures from North Dakota to Northern Alberta below zero Fahrenheit (-18 Celsius), TC Energy Corp.’s Keystone pipeline was shut on Tuesday before resuming later the next day. In North Dakota’s Bakken shale, production has started to succumb to the freeze, sending local crude prices to their highest since November. Canadian oil has also jumped.

The disruptions mean less supplies at a time when U.S. stockpiles have been shrinking every week since mid-November and getting closer to September’s three-year low. Drillers have been slow to restore output to pre-pandemic levels as they prioritize shareholder returns over growth. This further supports growing predictions that the oil market will return to a deficit this year, with some like Pioneer Natural Resources Co. Chief Executive Officer Scott Sheffield expecting oil to range from US$75 to US$100 a barrel. 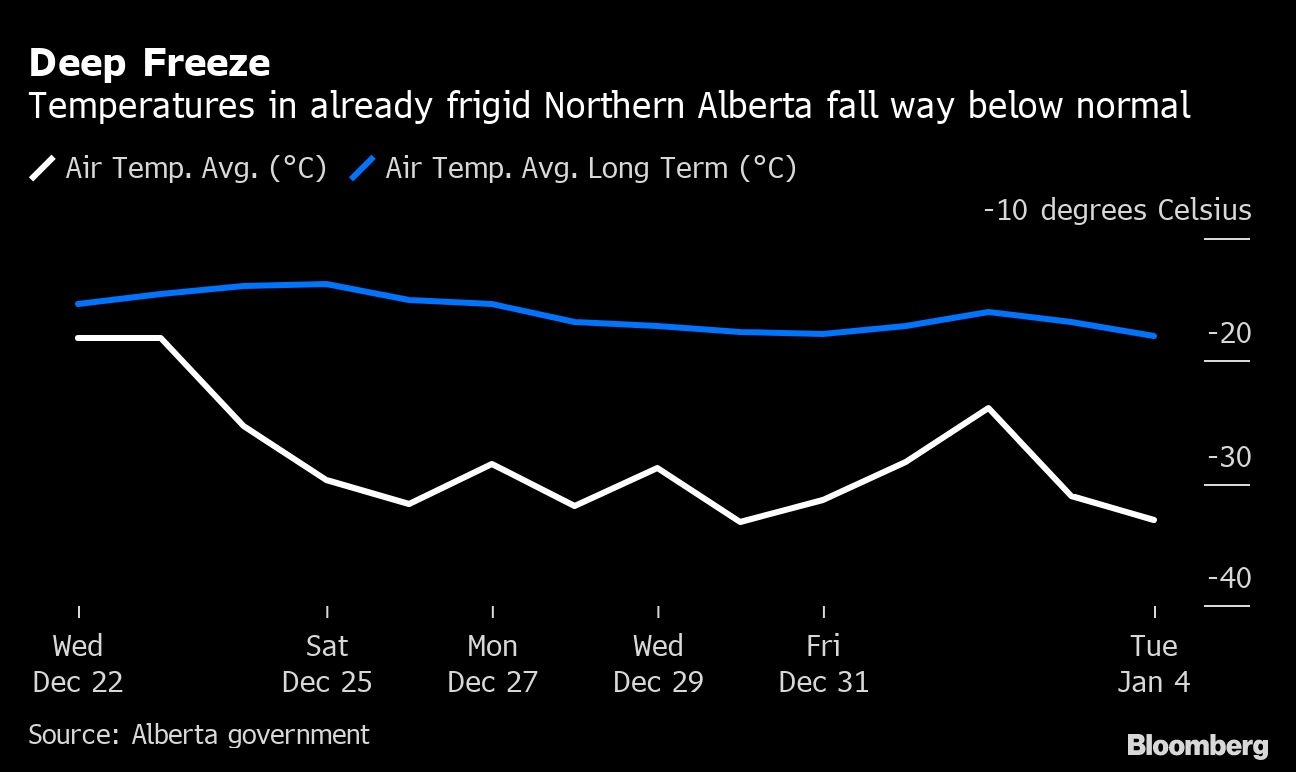 Even though Western Canada and North Dakota are usually cold this time of year, temperatures have been lower than usual.

Western Canadian Select crude’s discount to the U.S. benchmark has shrunk by almost US$3 dollars since Dec. 27, to US$12.10 per barrel on Wednesday.

Bakken crude in the Clearbrook, Minnesota, hub rose 90 cents a barrel in the past two days to reach a US$1.25 premium to Nymex futures Wednesday, a two-month high. The same grade traded this week in Wyoming at a premium to New York futures for the first time since Nov. 18.

Keystone carries 590,000 barrels a day of Canadian oil from Alberta to the U.S. Midwest.

Prior to resuming operations, TC Energy said that its staff have been challenged by extremely cold temperatures impacting the oil flow through its Hardisty terminal. Temperatures there fell to about -24 degrees Celsius (-11 Fahrenheit) on Wednesday afternoon.

Meanwhile, Enbridge Inc. said it was seeking crude supplies for its main pipeline system across Canada and U.S. to keep its pipes running at scheduled rates.