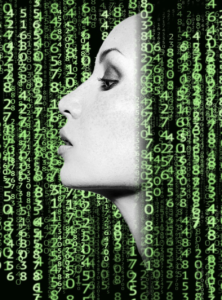 People rarely recognize or admit that they have been brainwashed. Perhaps the term brainwashed is too extreme, in which case manipulated or fooled may be substituted.

It is easier to fool people than it is to convince them that they have been fooled.

What often happens, in fact, is that people on opposite sides of an issue suspect (or are convinced) that the other side has been brainwashed. Sometimes one side is more justified in the charge than the other, in which case the brainwashed victims effectively assert a sort of projected symmetry that rings false.

Bi-directional allegations of brainwashing show up in the context of COVID: masks provide a clear means of identifying either those (masked individuals) who have been fooled into controlled submission to believe that the pandemic is real and deadly vs. those (unmasked fighters for freedom) who have been sadly misled to think it’s all a hoax and in so doing endanger us all. Each side may feel anger or pity toward the other.  Climate change is similar: its denial has become an article of faith for the brainwashed non-believers, who accuse the gullible believers of being brainwashed by self-serving scientists vying for funding, power, or something (cake, maybe?).

To either side, it seems inconceivable that someone could deny the truths that are so obvious to them. For me, an uptick in total deaths closely matching reports of COVID deaths is pretty convincing, and it is hard for me to make out why anyone in power would want to wreck the economy and could somehow convince countries around the world to overlook a competitive advantage and follow suit…