Home » Liberty » The Coming Age of Illiteracy: What Future for Science?

The Coming Age of Illiteracy: What Future for Science?

The Coming Age of Illiteracy: What Future for Science? 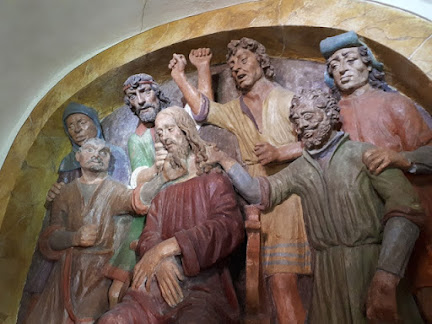 One of the 16th century reliefs still existing at the monastery of “San Vivaldo,” in Tuscany. It is an early example of a purely image-based communication: an attempt to tell complex concepts, the stories of the gospels, to people who couldn’t read conventional text. It was a failure, but it was a remarkably innovative approach. The time for image-based communication may return with the rapid loss of literacy affecting our times. The problem with this evolution is huge in science, with fewer and fewer people able to read the scientific literature. We are now depending on professional interpreters to tell us what “Science” is, just like long ago illiterate Christians were forced to rely on professional interpreters (“priests”) to tell them what the scriptures said. The result is that Science is becoming whatever these professional interpreters say that Science is. And this is bad, although perhaps not beyond redemption.

Let me start this post by citing a fascinating article written by “Marty Mac’s and Cheese” I don’t know who Mr. Marty Mac is, but he is clearly someone who has a remarkable cultural vision. He notes how Catholicism and Protestantism evolved along separate lines of thought. Protestantism was born as a literature-based religion: Protestants were “people of the book.” Conversely, Catholicism catered more to the illiterate.

You can see the difference in the respective churches: Protestant churches are normally austere, while Catholic churches are highly decorated and full of images. The image below is from Marty Mac’s post. 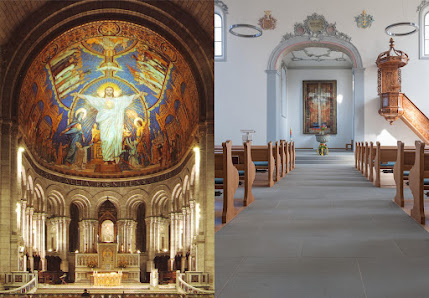 The idea of using a visual language was exploited in full by the Catholic Church. The multi-colored reliefs of the San Vivaldo monastery, in Italy, are one of the few remaining examples of the attempt to create a completely new visual language that would bypass the Babel of spoken languages that Europe was at that time…