Stereocene: The Future of  Earth’s Ecosystem

Stereocene: The Future of  Earth’s Ecosystem 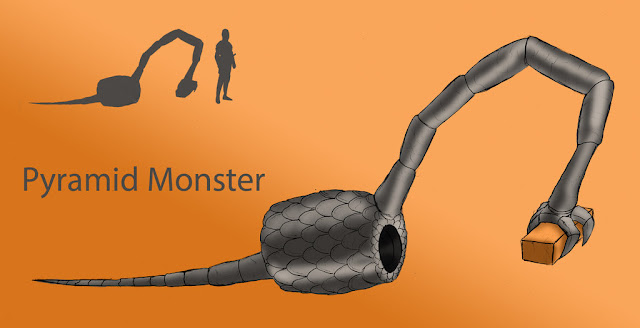 During the “golden age” of science fiction, a popular theme was that of silicon-based life. Above, you can see a depiction of a silicon creature described by Stanley Weinbaum in his “A Martian Odyssey” of 1934. The creature was endowed with a metabolism that would make it “breathe” metallic silicon, oxidizing it to silicon dioxide, hence it would excrete silica bricks: truly a solid-state creature. It is hard to think of an environment where such a creature could evolve, surely not on Mars as we know it today. But, here, on Earth, some kind of silicon-based metabolism seems to have evolved during the past decades. We call it “photovoltaics.” Some reflections of mine on how this metabolism could evolve in the future are reported below, where I argue that this new metabolic system could usher a new geological era which we might call “Stereocene”, the era of solid-state devices.
What Future for the Anthropocene? A Biophysical Interpretation
An abridged version of a paper published in 2016 in
“Biophysical Economics and Resource Quality”
The history of the earth system is normally described in terms of a series of time subdivisions defined by discrete (or “punctuated”) stratigraphic changes in the geological record, mainly in terms of biotic composition (Aunger 2007a, b). The most recent of these subdivisions is the proposed “Anthropocene,” a term related to the strong perturbation of the ecosystem created by human activity. The starting date of the Anthropocene is not yet officially established, but it is normally identified with the start of the large-scale combustion of fossil carbon compounds stored in the earth’s crust (“fossil fuels”) on the part of the human industrial system…
…click on the above link to read the rest of the article…

← Negative energy return of solar PV in Northern Europe From the Notebook: Killing All the Birds With One Pile of Gold →