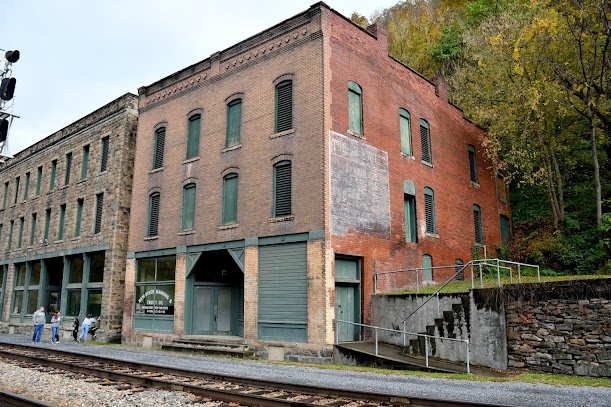 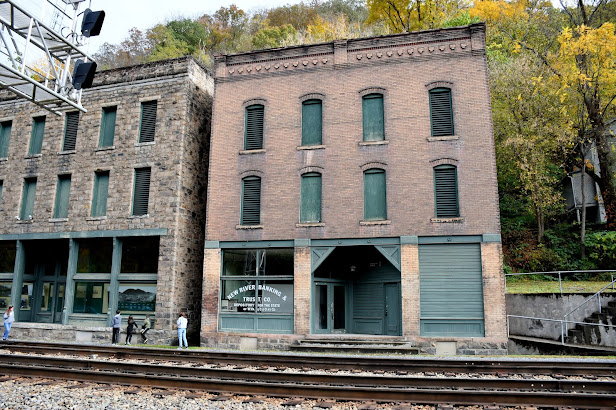 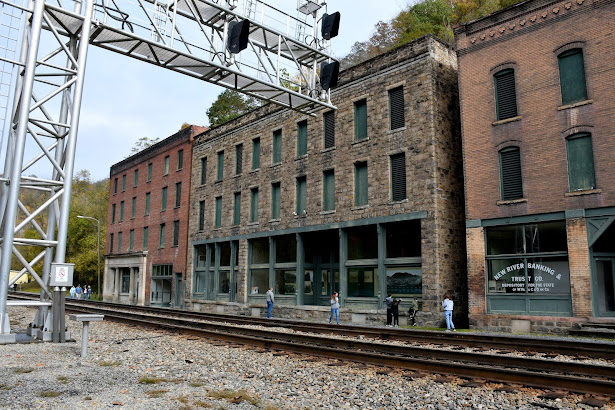 This facade of the main street in Thurmond, West Virginia, looks impressive but hides the fact
that this is a ghost town. No businesses actually exist in these buildings today and the entire town only has 4 or 5 residents today. More info can be obtained here and here.
*     *     *

One of the pernicious effects of the mainstream media regarding climate change and indeed, all the other predicaments under the banner of ecological overshoot, is the sheer level of denial presented. This can easily be detected in many articles about different predicaments such as climate change and I found one in particular (out of thousands; this is just one of the most recent ones) that brings this phenomenon into focus, quote:

“Climate experts warn that, without urgent action, climate change will continue to cause an increase in the intensity of extreme rainfall that can lead to severe flooding.

An international research team have concluded that increases in extreme rainfall and associated flooding are projected to continue as global temperatures continue to rise. Efforts to limit warming to +1.5C will help limit changes in extreme rainfall, though some societal adaptations will still be required.”

This is laughable to say the least. +1.5C will be reached most likely within the next five years regardless of what actions are taken at this point outside of a nuclear winter (a distinct possibility, as horrid as it is). Some experts have claimed that limiting climate change to +1.5C is now impossible and I agree. While there are some who still think it is possible to limit global temperatures to +1.5C, these appear to discount the reality of how society works, oceanic thermal inertia, and civilizational inertia. This civilizational inertia is extremely important to understand, as this prevents most attempts at reducing emissions from succeeding at accomplishing much if anything…