Home » Economics » Is the United States on The Same Calamitous Path as Yugoslavia?

Is the United States on The Same Calamitous Path as Yugoslavia?

Is the United States on The Same Calamitous Path as Yugoslavia? 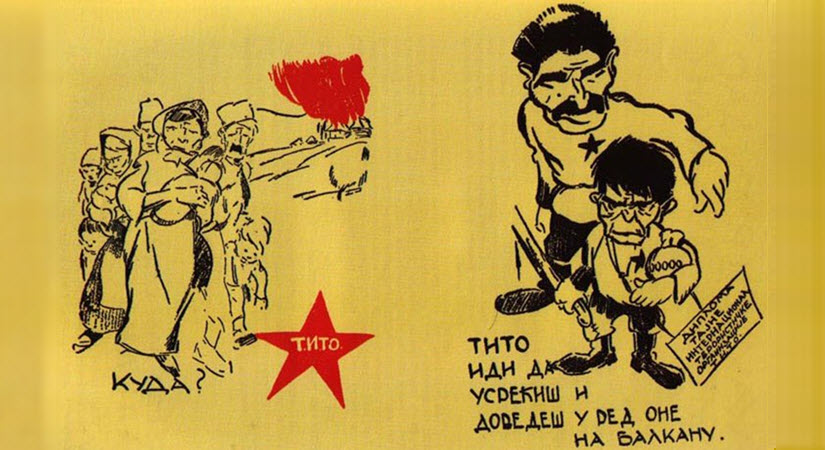 “Tito, go and make them happy and bring order to the Balkans.” Pic from Propagandopolis

Of all the inflationary disasters in modern economic history, Yugoslavia’s is the one most ignored by the mainstream. To be sure, the collapse of the Eastern European nation was a slow burn, but with a big explosion at the end. Most people are familiar with the Serbian/Croatian war and the genocide that followed, but few people are familiar with the economic crisis that led to the conflict.

I am not here to present an in-depth analysis of the eventual breakup of Yugoslavia, only to examine the conditions that triggered it. I believe there are some interesting similarities to burgeoning conditions within the U.S., along with some distinct differences.

President Josip Broz Tito led the nation in various capacities from 1953 to 1980. He used two powerful tools to clamp down on unrest in the ethnically-diverse nation: large-scale repression of dissenting voices using both police and military forces, and allowing regional foreign borrowing. The latter might not sound particularly important. According to the CIA’s 1983 national intelligence document Yugoslavia: An Approaching Crisis?:

Although self-management in theory permits workers to own and manage their enterprises, in fact the leaders in the six republics and two provinces… became the dominant economic decision makers. They grew increasingly protectionist and isolated from each other in pursuing local interests. Ignoring national economies of scale and ultimate profitability, they built redundant enterprises, blocked competition on the “unified market,” and granted unrealistic price increases and subsidies to favored industries. Thus, by the early 1980s inflation in the 30- to 40-percent range became chronic…