Home » Survival » Empress Placidia: The Mother of the Middle Ages

Empress Placidia: The Mother of the Middle Ages

Empress Placidia: The Mother of the Middle Ages

I have been experimenting with videos: in the clip above, I tell the story of Galla Placida instead of writing it. I am not sure of which is the best way to tell stories, but maybe both have their logic and their advantages. Up to you to judge. (Versione in Italiano)

Galla Placidia was the last Empress of the Western part of the Roman Empire. Even though the data about her are scant, the more I learn, the more fascinating her figure becomes. I am seeing her more and more as the pivot point that marked the true end of the Empire and the beginning of what was coming afterward: the Middle Ages. Placidia may have been the last true Roman ruler and the first Medieval ruler in history. And I came to think that she pushed history in a certain direction knowing what she was doing. You can hear her story in the clip, above, or read it in a post that I published some years ago on “Cassandra’s Legacy” (Slightly reworked in this version).

Chemistry of an Empire: the Last Roman Empress 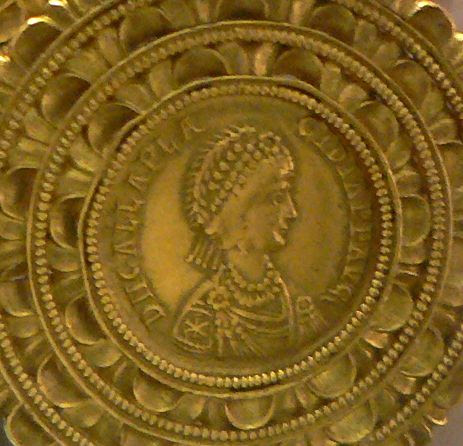 A 5th-century medallion showing perhaps the only portrait we have of Galla Placidia (388-450 c.e.), the last (and the only) Western Roman Empress. The inscription says “Domina Nostra, Galla Placidia, Pia, Felix, Augusta,” that is “Our Lady, Galla Placidia, Pious, Blessed and Venerable.”  A contemporary of such figures as Saint Augustine, Saint Patrick, Attila the Hun, and – perhaps – King Arthur, Placidia had the rare chance of being able to do something that past Roman Emperors never could do; take the Empire to its next stage which was to be, unavoidably, its demise.