The composition of the US dollar, including what it is backed by, has been replaced many times throughout America’s history. And another replacement is currently underway, warns monetary expert Mike Maloney.

After President Nixon fully severed its ties to gold, our government leaders have increasingly relied on expanding the currency supply to paper over (quite literally) today’s problems at the expense of the dollar’s purchasing power tomorrow.

As Mike explains in his excellent video series Hidden Secrets Of Money, such willful debasement of the currency by furtive and shortsighted politicians is nothing new. Over thousands of years, since the Romans intentionally progressively shrank the silver content of their coins, history is replete with such examples.

And now 2020 has arrived. The Federal Reserve’s response to the pandemic-induced economic slowdown has unleashed more ‘thin air’ creation of new dollars than ever seen at any prior moment in history: 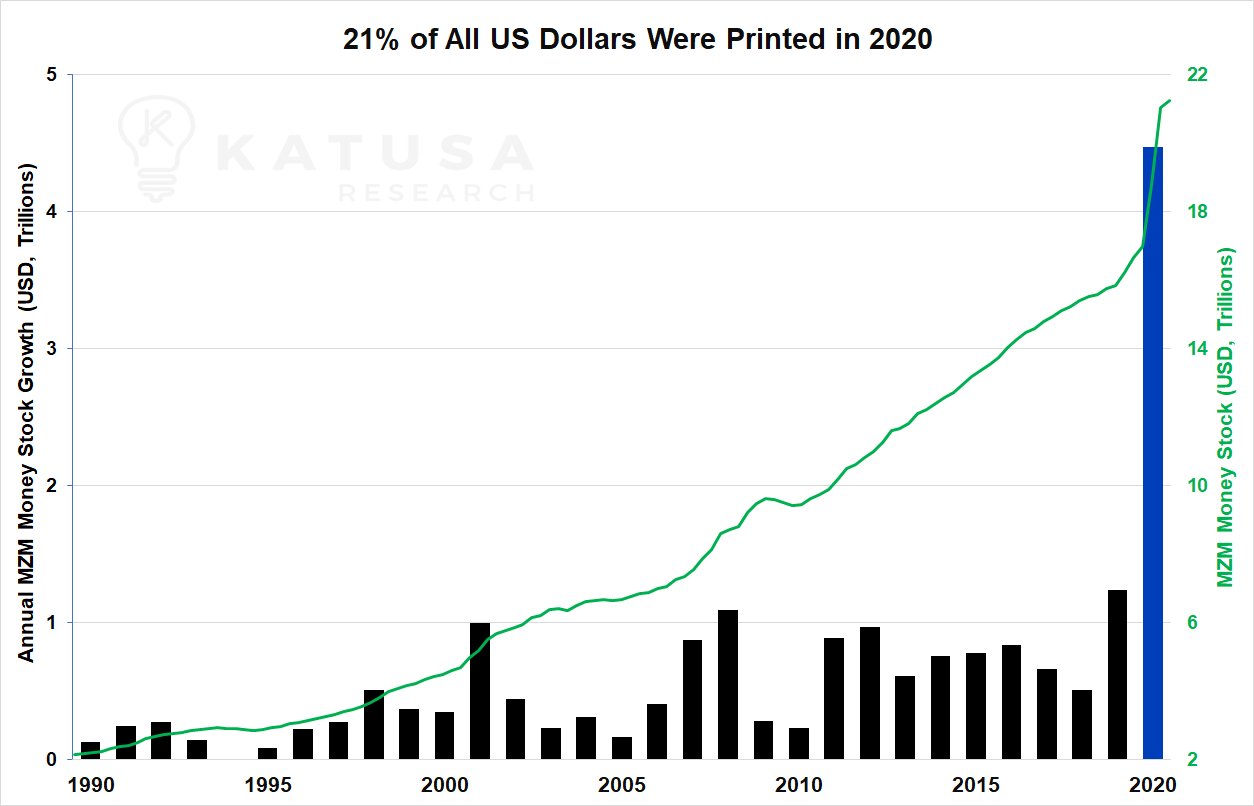 And the leading developed countries of the world are now discussing the need for a Great Reset, in which it’s being proposed that new national cryptocurrencies (perhaps laying the groundwork towards a ‘one world currency’) replace the current existing fiat versions.

Using the lens of monetary history, Mike sees all this as simply a modern spin on the same cycles the world has seen before. Politicians will deform and abuse the currency for their own immediate needs until the system collapses, and a new, more sound alternative emerges from the ashes.

Which is why he remains so confident that gold will strengthen dramatically in the coming macro environment, despite being in a short-lived corrective phase at the moment. In fact, he sees today’s weakness as an excellent accumulation opportunity for both current holders as well as those new to owning precious metals.