Home » Liberty » Time for a new Witch Hunt? The pandemic could change more things than you would have expected.

Time for a new Witch Hunt? The pandemic could change more things than you would have expected.

Time for a new Witch Hunt? The pandemic could change more things than you would have expected. 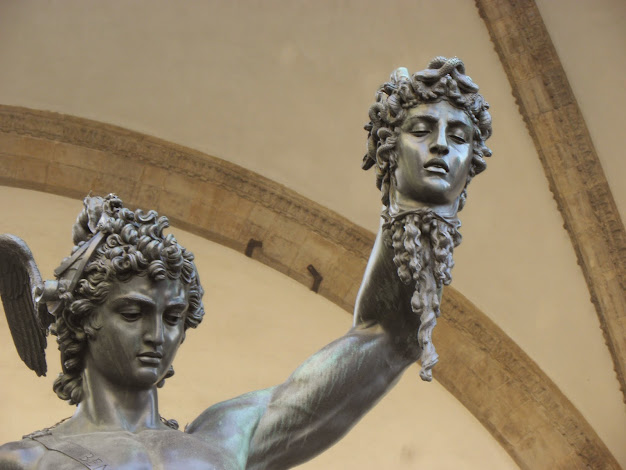 A detail of Benvenuto Cellini’s “Perseus and Medusa,” a statuary group created in 1554 and presently in Florence, Italy. It is considered a work of art, but it is also remarkable for the detailed depiction of an extremely violent act: the beheading of Medusa, shown as a young woman in the group. It is rarely noted that this piece was created in the midst of the rise of a wave of violence against women in Europe, exterminated as witches. Clearly, Cellini’s scene is influenced by this trend, even though witches were normally burned at the stake rather than beheaded. (but that had a tradition, too!)

Which historical period saw the largest number of witch hunts? If you answered “the Middle Ages,” you were wrong. Surprised? Don’t we all know that the Middle Ages, were the “Dark Ages,” a time of barbarism and superstition, surely it was at that time that witches were hunted and burned. Who didn’t see the “Burn the Witch” clip by the Monthy Python? It takes place in a typical medievalish setting.But, no. Burning witches is NOT a medieval thing. Look at the data. Trials and executions for witchcraft picked up well after that the Middle Ages were officially over, at some moment around the end of the 15th century.

At the highest moment of this homicidal frenzy, about 2500 people per year were burned in Europe for a total estimated as about 50,000-100,000. Not a very large number in comparison to the population of the time, but a significant number, nevertheless.

← Who is Behind What Power Is An Illusion, Control Is A Facade →