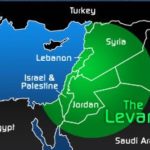 In the eastern Mediterranean it smells of powder. Fighter jets from various countries fly over the Levantine Basin and frigates are on a collision course. These are not exercises. It is a crisis reminiscent of the conflict between Ankara and Athens in the 1970s or even the beginning of the First World War. This time it is not just about the ambitions of Greece or Turkey, small islands or a dead prince, but about the struggle for energy. In the Levantine Basin, ever larger deposits of natural gas are being discovered and there are many who would like a piece of the cake.

Back in 2010, the American company Noble Energy and its Israeli exploration partner Derrick Drilling discovered the largest gas field only 130 km from Haifa. A year later, French Total confirmed another deposit with a volume of 127 billion m3. The researchers suspect a total of 3.5 trillion cubic metres of natural gas and 1.7 billion barrels of crude oil deep in the rock beneath the seabed. How much is that actually? Certainly enough to fill the coffers of the states bordering the Mediterranean and make a solid contribution to Western Europe’s energy supply. By way of comparison, the total natural gas consumption in the European Union in 2019 was around 470 billion cubic metres. No wonder, then, that the areas between Cyprus, Turkey, the Greek islands, Syria, Lebanon, Israel, Egypt and Libya became the scene of a conflict that could well turn into a war. It would not be a local war because the conflict and possible gains also involve other actors whose interests could be disrupted by the gas from the eastern Mediterranean, even though their geopolitical interests appear to lie elsewhere. 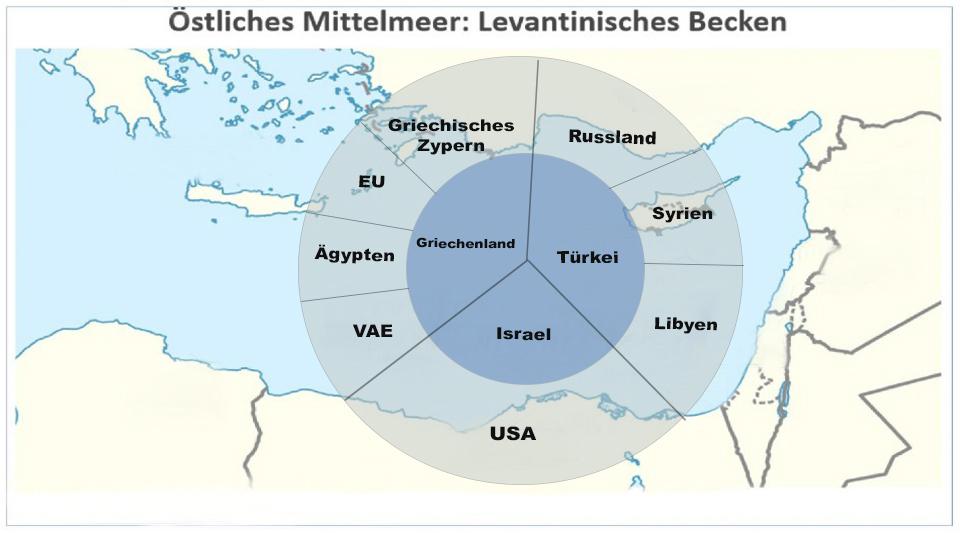 The natural gas alliances in the Eastern Mediterranean or who with whom against whom?