Poltics & the Decline & Fall of America

Poltics & the Decline & Fall of America 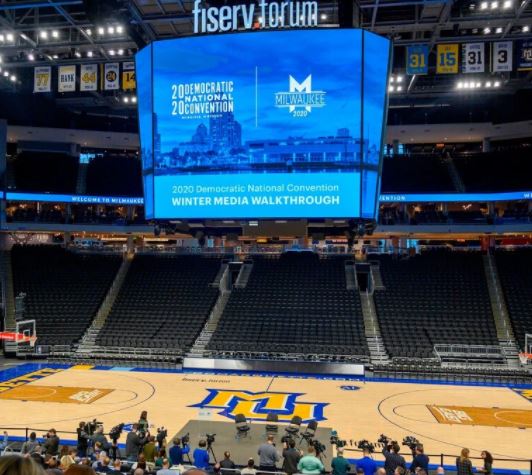 The Democratic National Convention was moved out of the Fiserv Forum to a smaller venue across downtown Milwaukee and the attendance was around 300 people. There have been allegations that Biden’s speech was prerecorded and masterfully edited. The Democrats insist it was live. There were some journalists who claim to have been present. ABC’s Johnny Verhovek, BuzzFeed’s Ruby Cramer, the Washington Post’s Annie Linskey, the New York Times’ Katie Glueck, the Wall Street Journal’s Ken Thomas, the Daily Beast’s Hanna Trudo, CNN’s Sarah Mucha, the Atlantic’s Edward-Isaac Dovere and CBS’s Bo Erickson. Of course, they did not invite anyone who was not promoting the Democrats against Trump so claiming these journalists are proof is by no means trustworthy.

What is far worse is the sheer hatred that is being unleashed and Pelosi is maintaining this same posture that anyone who voted for Trump is unworthy of their consideration. Biden claims he will bring the country together. They are fanning the very flames that are tearing it apart. But this is what Socrates has been forecasting. The United States is self-destructing and this is typically resolved only in a civil war.

Nancy Pelosi claims that Trump is not worth of debates which she is saying 50% of the country does not have any rights whatsoever. She accuses Trump of having no respect for the Democratic process, yet then refuses to allow debates. This election is anything but normal, and to refuse to have debates only increases the concerns that Biden is not competent to even debate. Hillary is advising Biden if he loses, do not concede, and turn this into sheer chaos.