Home » Economics » Where Will The “Pending” Financial Crisis Originate?

Where Will The “Pending” Financial Crisis Originate?

– Case for a pending financial collapse is well grounded warns Rickards
– “Ticking time bomb” the Federal Reserve has created is set to go off…
– Economist warns U.S. high-yield debt, default of “junk bonds” could cause next crisis
– Systemic risk is “more dangerous than ever” as “entire system is larger than before”
– Protect wealth by allocating at least 10% of assets in physical gold and silver 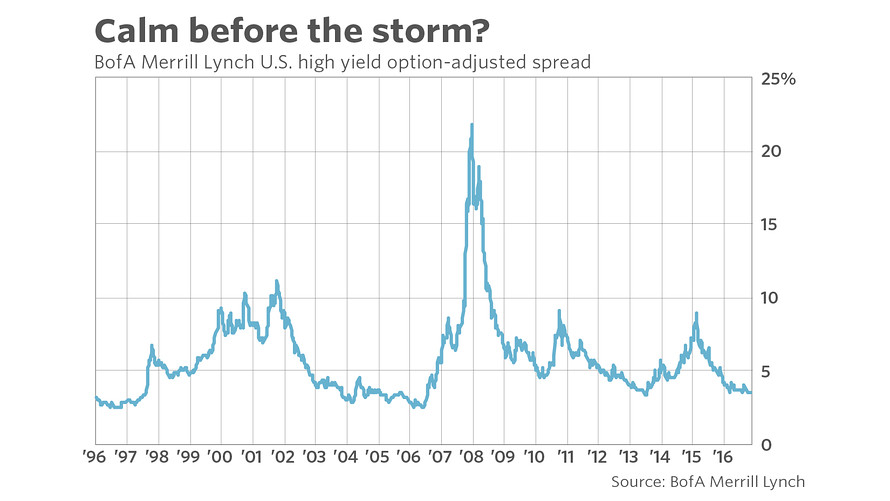 from The Daily Reckoning:

That averages out to about once every five years for the past thirty years. There has not been a financial crisis for ten years so the world is overdue. It’s also the case that each crisis is bigger than the one before and requires more intervention by the central banks.

This means a market panic far larger than the Panic of 2008.

Today, systemic risk is more dangerous than ever because the entire system is larger than before.

Due to central bank intervention, total global debt has increased by about $150 trillion over the past 15 years. Too-big-to-fail banks are bigger than ever, have a larger percentage of the total assets of the banking system and have much larger derivatives books.

Each credit and liquidity crisis starts out differently and ends up the same. Each crisis begins with distress in a particular overborrowed sector and then spreads from sector to sector until the whole world is screaming, “I want my money back!”

← The Overlooked Catalyst That Will Send Energy Demand Soaring Opinion: Sooner or Later, We Have to Stop Economic Growth–And We’ll Be Better For It →