Home » Liberty » Dances of Disinformation: The Partisan Politics of the “Integrity Initiative”

Dances of Disinformation: The Partisan Politics of the “Integrity Initiative”

Dances of Disinformation: The Partisan Politics of the “Integrity Initiative” 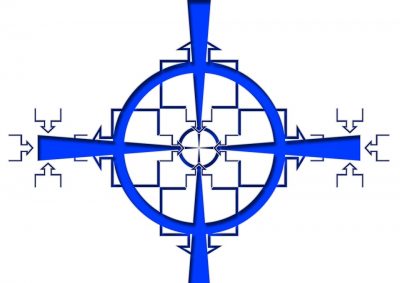 Is there such a plane of blissful, balanced information, deliberated and debated upon?  No.  Governments mangle; corporations distort.  Interest groups tinker.  Wars must be sold; deception must be perpetrated.  Inconsistencies must be removed.  There will be success, measured in small doses; failure, dispatched in grand servings.

The nature of news, hollow as it is, is to fill the next segment for the next release, a promiscuous delivery, an amoral ejaculate.  The notion a complicated world can somehow be compressed into a press release, a brief, an observation, is sinister and defeating.

The believers in an objective, balanced news platform are there.  Grants are forked out for such romantic notions as news with integrity, directed to increase “trust in news”, which is tantamount to putting your trust in an institution which has been placed on the mortician’s table.  The Trump era has seen a spike in such funding, but it belies a fundamental misconception about what news is.

Funny, then, that the environment should now be so neatly split: the Russians (always) seen to distort from a central programme, while no one else does.  The Kremlin manipulates feeble minds; virtuous powers do not.  The most powerful nation on the planet claims to be free of this, the same country that boasts cable news networks and demagoguery on the airwaves that have a distinct allergy against anything resembling balanced reporting, many backed by vast funding mechanisms for political projects overseas.  Britain, faded yet still nostalgically imperial, remains pure with the BBC, known as the Beeb, a sort of immaculate conception of news that purportedly survives manipulation.  Other deliverers of news through state channels also worship the idol of balance – Australia’s ABC, for one, asserts that role.