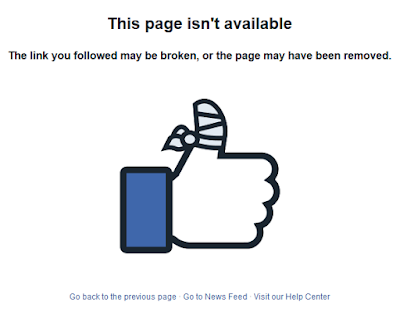 The guillotine’s blade fell again, one year later. On December 2017 already, my 5-years-old Youtube channel Sayed Hasan, mainly translating speeches from Hezbollah Secretary General Hassan Nasrallah, was completely removed by Youtube, along with its 10 000 subscribers, +6 millions views and +400 subtitled videos of anti-Zionist & anti-Imperialist content. I then denunced this censorship in detail in my article Kafka 2.0: How Youtube’s Political Censorship is Exercised. And just around New Year’s Eve 2019, the +6000 Subscribed Facebook Page Resistance News Unfiltered, along with all its similar content, got deleted without explanation. The only thing left online is a cache view of the page dating back from this summer. 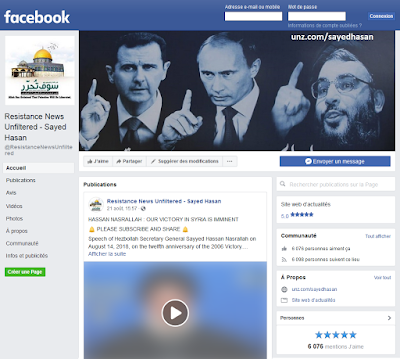 Cache view of the Facebook Page Resistance News Unfiltered, August 2018
I had created this Page at the beginning of 2018, since no other place can compete with Youtube and its near-monopoly on video content, in order to reach a broader audience. But it was deleted without explanation by Facebook short of its first anniversary. I can’t even know the precise date of termination. Youtube did at least bother to send emails notifying of the removal of a video or of a whole channel, but Facebook has only internal notifications for posts removals. Here is how it happened.

I got two warnings from Facebook, dated December 24th and December 25th, 2018:

When I logged in on December 28th and saw these messages, I immediately appealed the decisions through the automated procedure, as shown above, though the specific posts alledgedly violating the Communnity Standards weren’t even accessible, since they had been removed. It means that I didn’t –and still don’t– even know which posts got me these “strikes”.

← The EU in 2019 – the Problem of Survival Beware the Emergency State: Imperial, Unaccountable and Unconstitutional →