Is China Preparing for War?

Is China Preparing for War? 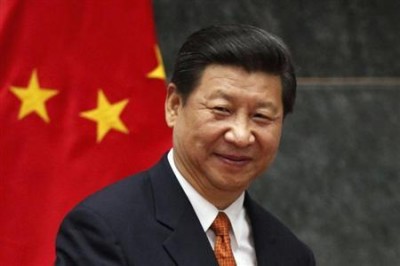 War with China is on the drawing board of the Pentagon. China has responded to US threats and military deployments in the Indo-Pacific region. President Xi Jinping has ordered the People’s Liberation Army to prepare for a possible war.

“The world is facing a period of major changes never seen in a century, and China is still in an important period of strategic opportunity for development.”

“Preparation for war and combat must be deepened to ensure an efficient response in times of emergency.”

Part of what’s going on is what Xi called his aim for “peaceful reunification” with Taiwan. Beijing considers the island state a breakaway province, reunification inevitable, by force if “democratic consultations” fail to “reach transitional arrangements for the peaceful development of cross-strait ties,” adding:

“Chinese don’t fight Chinese,” while saying his government “makes no promise to renounce the use of force and reserves the option of taking all necessary means” for reunification, stressing no tolerance for “foreign intervention.”

“(O)ne country, two systems” is the way forward, he said, the approach adopted in reunification with Hong Kong and Macau.

Xi’s remarks followed enactment of the US Asia Reassurance Initiative Act (ARIA), discussed in a separate article – legislation authorizing funding for Washington’s imperial Indo/Pacific agenda, mainly by its military footprint in a part of the world not its own, the way it operates globally.

← Financial Advice In 2019: Own Gold To Hedge $250 Trillion Global Debt Bubble NBC and MSNBC Blamed Russia for Using “Sophisticated Microwaves” to Cause “Brain Injuries” in U.S. “Diplomats” in Cuba. The Culprits Were Likely Crickets. →