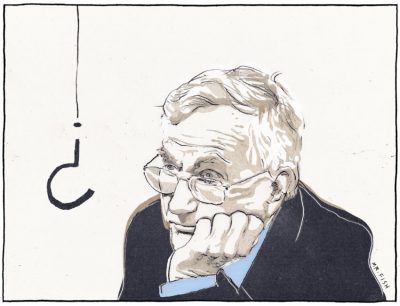 The investigative reporter Seymour Hersh, in his memoir “Reporter,” describes a moment when as a young reporter he overheard a Chicago cop admit to murdering an African-American man. The murdered man had been falsely described by police as a robbery suspect who had been shot while trying to avoid arrest. Hersh frantically called his editor to ask what to do.

“The editor urged me to do nothing,” he writes. “It would be my word versus that of all the cops involved, and all would accuse me of lying. The message was clear: I did not have a story. But of course I did.” He describes himself as “full of despair at my weakness and the weakness of a profession that dealt so easily with compromise and self-censorship.”

Hersh, the greatest investigative reporter of his generation, uncovered the U.S. military’s chemical weapons program, which used thousands of soldiers and volunteers, including pacifists from the Seventh-day Adventist Church, as unwitting human guinea pigs to measure the impact of biological agents including tularemia, yellow fever, Rift Valley fever and the plague. He broke the story of the My Lai massacre. He exposed Henry Kissinger’s wiretapping of his closest aides at the National Security Council (NSC) and journalists, the CIA’s funding of violent extremist groups to overthrow the Chilean President Salvador Allende, the CIA’s spying on domestic dissidents within the United States, the sadistic torture practices at the Abu Ghraib prison in Iraq by American soldiers and contractors and the lies told by the Obama administration about the raid that killed Osama bin Laden. Yet he begins his memoir by the candid admission, familiar to any reporter, that there are crimes and events committed by the powerful you never write about, at least if you want to keep your job.

← Electronics for Preppers: Simplicity Is Reliability Commanders In Syria Recommend Leaving US Weapons With Kurds →