Home » Geopolitics » The Russia Investigation is about Criminalizing Peace

The Russia Investigation is about Criminalizing Peace

By olduvai in Geopolitics, Liberty on December 7, 2018.

The Russia Investigation is about Criminalizing Peace 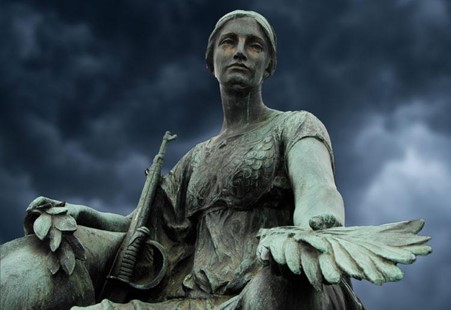 “For those who long wondered why throughout the presidential campaign Trump could not bring himself to say a critical word about Russian President Vladimir Putin, we now know the answer: Trump was hoping to do business in Russia, and doing so would require the approval of Putin.” – USA TodayOpinion

Make no mistake, the mainstream left and state serving-media voices are trying to gaslight an entire generation into believing any candidate that wants peace with Russia may be a foreign conspirator worthy of prison, shame, and family persecution.

Former congressman Ron Paul, as a peace presidential candidate, did not regurgitate war propaganda against Russia either. Neither did Senator Rand Paul when he ran. What Paul hotel do you see in Moscow? Yet for future generations, many in the media want to ensure no such candidate ever runs again without baked-in misgivings of treason and criminality.

No serious observer of recent events can honestly believe the mono-narrative the old media, including “hard news” outfits, has tried to curate about the 2016 election. However, the aim of the last two years of conspiratorial hysteria has been to sear into the minds of low information voters suspicion of any successful political figure who even half challenges the conventional wisdom that America must perpetually spend hundreds of billions on NATO, collect citizens’ private conversations, sanction Russian citizens, and intervene in Russia’s local border disputes.

This is nothing new. When Martin Luther King Jr. used his national spotlight to challenge the moral authority of the Vietnam War, he was denounced as a subversive agent of enemy foreign powers.

What voters need to understand is that those who challenge bipartisan orthodox foreign policy are the leaders most likely to keep them safe from foreign authoritarians.