The Italian people must understand that their country is at war

By olduvai in Economics, Geopolitics on November 6, 2018. 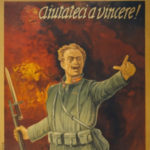 The conflict between the European Union and Italy is a full-blown financial war. Euro countries cannot print their own money and for that reason they cannot have an endless deficit. Countries within the eurozone have to live within their means or else, without the intervention of the ECB, they will go bankrupt. Nobody knows the consequences of an Italian default and debt restructuring, but it can lead to the end of the euro.

To make the euro sustainable, the European financial elites want the Italians to reduce their spending and turn a budget deficit into a budget surplus. However, due to the country’s shrinking population the Italian budget deficit — as we have argued many times – can only increase. The European commission rejects the Italian budget because Rome wants to increase its debt far beyond the limit allowed by the ECB. “This is the first Italian budget that the EU doesn’t like,” wrote Deputy Prime Minister Luigi Di Maio on Facebook. “No surprise: This is the first Italian budget written in Rome and not in Brussels!”1)Matteo Salvini added: “This (the rejection of the Italian budget plan by the EU) doesn’t change anything.”. “They’re not attacking a government but a people. These are things that will anger Italians even more,” he said.2)

The country has entered a demographic winter3)and sustainable economic growth is simply impossible, at least for the foreseeable future. As is the case with the whole of Europe, the continent needs a plan to support an ageing and declining population. As if not aware of it, the Brussels-Frankfurt establishment only wants Italy to stick to their austerity program, i.e. decrease public spending and do away with the current Italian administration, which refuses to comply.