Home » Survival » The Seneca Rebound: why Growth is Faster after Collapse. Explaining the European World Dominance

The Seneca Rebound: why Growth is Faster after Collapse. Explaining the European World Dominance

The Seneca Rebound: why Growth is Faster after Collapse. Explaining the European World Dominance 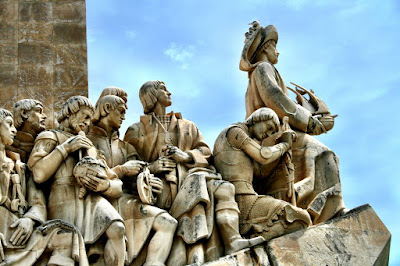 Lisbon: the monument to the European sailors of the age of explorations, starting with the 15th century. What made Europeans so successful in this in this task? My interpretation is that it was the result of periodic “Seneca Collapses” of the European population which made it possible to accumulate resources that would then be available to propel the European expansion. It is an effect that can be called the “Seneca Rebound” that makes growth faster after a collapse.

The Middle Ages are sometimes referred to as the “Dark Ages” — this is mostly untrue, but it is not wrong to apply this term to the early Middle Ages. According to some estimates, in 650 AD the European population had shrunk to a historical minimum of some 18 million people, about half of what it had been during the high times of the Roman Empire. If you think that today the European population is estimated to be as more than 700 million people, it is almost impossible for us to imagine the Europe of the early Middle Ages: it was a minor appendage of the Eurasian continent, a poverty-stricken place, nearly empty of people, where nothing happened except for the squabbles of local warlords fighting each other.

Yet, a few centuries later, the descendants of the inhabitants of this backward peninsula of Eurasia embarked in the attempt of conquering the world and were successful at that. By the 19th century, practically all the world was under the direct or indirect control of European countries or of their American offspring, the United States. How could it happen?