Home » Liberty » How Can They Lie to us so Blatantly? The Strange Case of Wealth Inequality in Russia

How Can They Lie to us so Blatantly? The Strange Case of Wealth Inequality in Russia

How Can They Lie to us so Blatantly? The Strange Case of Wealth Inequality in Russia 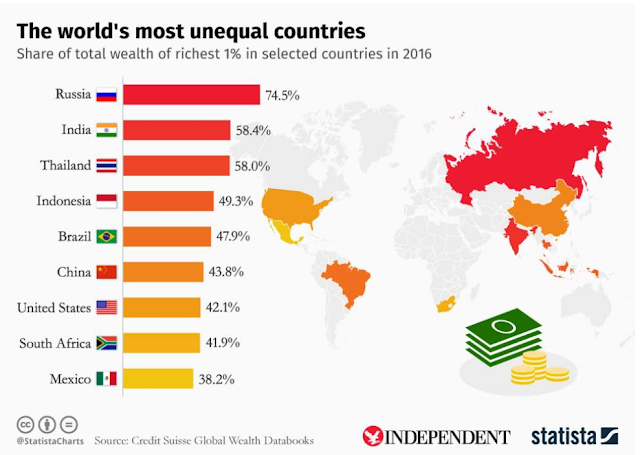 The figure is taken from the “Independent” dated 23 November 2016. It looks like a serious chart, but it is not. It is pure propaganda or, more simply, a lie. It is just an example of how blatantly they can lie to us and get away with it. We live today in a true Empire of Lies.

By mere chance, I happened to stumble into the graph you see above. It bothered me: can it really that Russia is, by far, is the most unequal country in the world? It just didn’t fit with what I know of Russia. 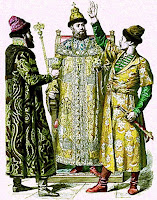 Yet, the power of well-presented graphic information is such that for a while I tried to rationalize these data in my mind. Maybe the fall of Communism caused the ancient rich nobles, the Boyars to reappear in Russia? Or maybe there returned the huge masses of destitute muzhiki living in poor izbas in the countryside?

Scratching my head, I thought that I could just check the data. And I found that the “high wealth inequality” of Russia is a lie. A complete, shameless, utter lie.

I checked with the World Bank, I checked with the “World Inequality Database,” I even checked the  CIA Factbook, not exactly sites known for their sympathies for those evil Russians. The result was always the same: Russia is NOT the most unequal country in the world. There are several indices that can be used to measure inequality, all show that Russia is somewhat more unequal than most Western European countries but at about the same level of the United States and much lower than countries like India or Brazil. The share of wealth of the top 1% of the Russian population reported by WID is around 42%, very far from the value of 74.5% given by the Independent.