The CIA’s “Operation Merlin,” which involved providing Iran with a flawed design for a nuclear weapon and resulted in an alleged whistleblower going to prison, was the perfect example of creating intelligence in order to justify operations, reports Gareth Porter.

Jeffrey Sterling, the case officer for the CIA’s covert “Operation Merlin,” who was convicted in May 2015 for allegedly revealing details of that operation to James Risen of the New York Times, was released from prison in January after serving more than two years of a 42-month sentence. He had been tried and convicted on the premise that the revelation of the operation had harmed U.S. security. 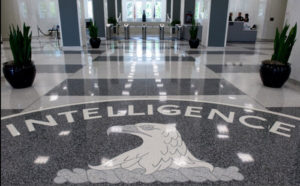 The entire case against him assumed a solid intelligence case that Iran had indeed been working on a nuclear weapon that justified that covert operation.

But the accumulate evidence shows that the intelligence not only did not support the need for Operation Merlin, but that the existence of the CIA’s planned covert operation itself had a profound distorting impact on intelligence assessment of the issue. The very first U.S. national intelligence estimate on the subject in 2001 that Iran had a nuclear weapons program was the result of a heavy-handed intervention by Deputy Director for Operations James L. Pavitt that was arguably more serious than the efforts by Vice-President Dick Cheney to influence the CIA’s 2002 estimate on WMD in Iraq.

The full story the interaction between the CIA operation and intelligence analysis, shows, moreover, that Pavitt had previously fabricated an alarmist intelligence analysis for the Clinton White House on Iran’s nuclear program in late 1999 in order to get Clinton’s approval for Operation Merlin.

← 10 Stories of Transition in the US: The Spread of Repair Cafes Momentous Shift in US Natural Gas, with Global Consequences →