RESOURCE CRISIS: Seneca cliffs of the third kind: how technological progress can generate a faster collapse

RESOURCE CRISIS: Seneca cliffs of the third kind: how technological progress can generate a faster collapse. 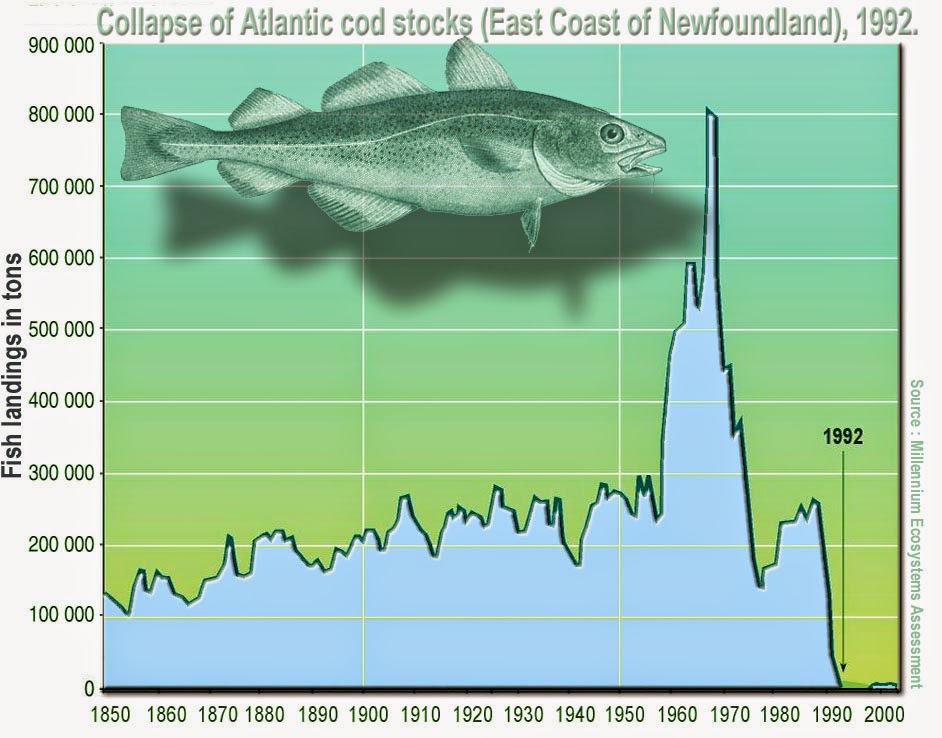 The image above (from Wikipedia) shows the collapse of the North Atlantic cod stocks. The fishery disaster of the early 1990s was the result of a combination of greed, incompetence, and government support for both. Unfortunately, it is just one of the many examples of how human beings tend to worsen the problems they try to solve. The philosopher Lucius Anneus Seneca had understood this problem already some 2000 years ago, when he said, “It would be some consolation for the feebleness of our selves and our works if all things should perish as slowly as they come into being; but as it is, increases are of sluggish growth, but the way to ruin is rapid.” 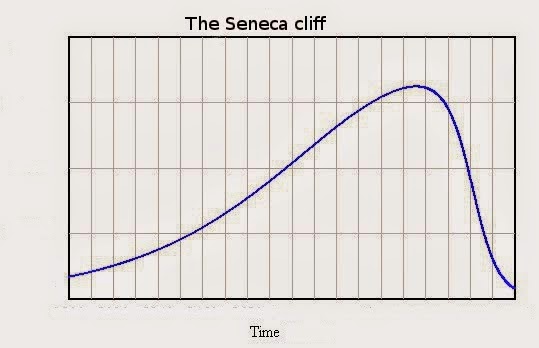 The similarity with the cod landings curve is only approximate, but clearly, in both cases we have a very rapid decline after a slow growth that, for the cod fishery, had lasted for more than a century. What caused this behavior?