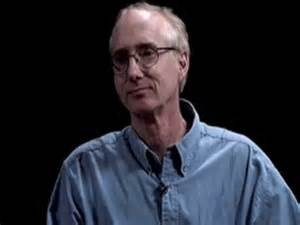 Financial writer and book author Charles Hugh Smith has been watching the extreme movements in financial markets closely. Is he nervous?  Smith says, “Oh yeah, it’s definitely destabilizing.  In other words, it’s becoming not just more volatile, the whole underlying structure of our economy is destabilizing.  What I mean by that is it’s becoming more brittle or fragile.  That is fundamentally why we are seeing these wild swings.  People are swinging between . . . keeping the money machine like it is for another nine years, and the other side of the coin says wait a minute, we have already had a weak expansion for nine years.  It’s almost the longest expansion in U.S. history.  A normal business cycle doesn’t run in one direction forever. . . .If you don’t allow your economy to have a business cycle recession, then you are simply making it more fragile by encouraging really marginal and risky investments, and that’s where we are now.”

One very big problem is a dramatic loss in buying power of the U.S. dollar, but it’s not just the dollar. According to Smith, “All these currencies, there is nothing backing the currencies except the government’s force.  That’s the yen, the euro, the dollar and the Chinese yuan.  They are all going to have a catastrophic drop against real assets because they are all based on too much leverage, too much debt, too much money being pumped into the financial system that ends up in unproductive speculation.  You can’t grow your debt at six times the rate of your economy.  In other words, if you are creating $6, $8 or $10 of debt to eke out $1 of low productivity growth, you are dooming your currency, and all currencies are doing the same thing.  All the currencies are going to take a big drop at some point . . . relative to real stuff.  Real stuff is commodities we need:  water, grains, food, oil, natural gas and, of course, precious metals.  Everybody knows they have been money for 5,000 years, and I personally feel there is a role for crypto currencies.”

Join Greg Hunter as he goes One-on-One with Charles Hugh Smith, author of the new book “Money and Work Unchained” and the founder of the popular site OfTwoMinds.com.

← Doug Casey on Why Gold Could Go “Hyperbolic” An Inflation Indicator to Watch, Part 1 →