Foreigners are being asked by their respective governments to exercise extreme caution and stay within the perimeter of their resorts in Montego Bay, Jamaica, after a wave of out of control violence has overpowered local authorities. On Thursday, the country’s prime minister, Andrew Holness, declared the state of emergency in the St. James parish to “restore public safety,” and also thwart a mass exodus of international investment and tourism.

In response, the government deployed the Jamaica Defense Forces onto the city streets in what is described as a “major military operation.”

Maj. Gen. Antony Anderson, Jamaica’s national security advisor, told CTV News Channel on Friday that authorities imposed a military lockdown of the area, following 335 homicides in 2017, and as reported by CTV that is “twice the tally of any other parish” in the country.

Anderson noted that the number of shootings and homicides have been growing for some period of time, but last year, the surge in deaths could not be ignored rolling into 2018. He said much of the problem resides on the outskirts of Montego Bay and that “Jamaica is still open for business.” 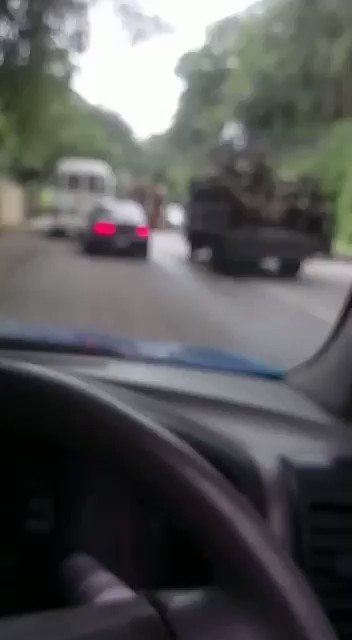 Life in a state of emergency. #MontegoBay#JLPGovernment

The recent crime surge in Jamaica has been driven by conflicts between criminal gangs over the control of the lottery trade, drug wars, and even turf wars.

“For instance, they can do searches without a warrant, so if they get information that something is occurring somewhere, they can respond rapidly to it. They can respond to a series of intelligence-driven operations to target and capture the people who are doing these things and generally disrupt the gangs in their activities,” he added.