Home » Economics » You cannot have a war economy if there is no war. My 4th presentation of “The Seneca Effect” in Paris

You cannot have a war economy if there is no war. My 4th presentation of “The Seneca Effect” in Paris

By olduvai in Economics, Geopolitics, Liberty on October 18, 2017.

You cannot have a war economy if there is no war. My 4th presentation of “The Seneca Effect” in Paris 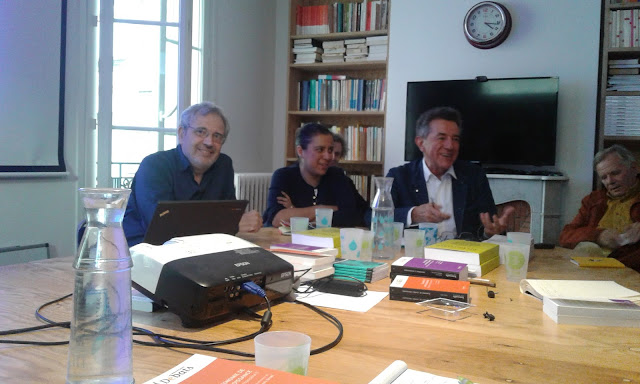 Above, at the Momentum Institute in Paris on Friday 13th, 2017. Ugo Bardi is on the left of the photo, Yves Cochet (president of the institute) is at the center, with the white shirt.

The presentation at the Institut Momentum on Oct 13th was the fourth of a series of presentation related to my book “The Seneca Effect” that I gave in Paris last week. This one was probably the least formal one of the series. I gave some explanation of how system dynamics models can produce the asymmetric “Seneca Curve,” but I concentrated on a section of the book, the one dealing with the extermination of whales during the 19th century. It is a theme related to the concept of Anthropocene: the human relation with the ecosystem.

The point that I try to stress in these presentations is that most people, including decision-makers, just don’t have the concept of “overshoot”, that is the tendency of consuming more resources than the system can produce, forcing it to crash down after some time. It is something that I described also in a previous talk. 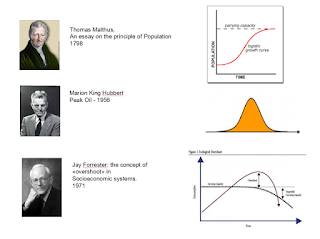 The problem, here, is that not having the concept of overshoot, people happy go along the Seneca trajectory, thinking that the more resources they can extract from the system, the better things are for them. They don’t realize that the more they go up, the faster they’ll have to crash down. I surmised that we have a cultural problem: it is a relatively new concept that will have to penetrate culture. That will take time and it is not obvious that it will ever happen.

← Lessons from the front lines of anti-colonial pipeline resistance Has the American Hegemon Gone Rogue? →