By olduvai in Geopolitics, Liberty on October 8, 2017.

One week after the historic Catalan Independence Referendum vote reopened Europe’s populist Pandora Box of nationalist secession movements, tens of thousands of people took to the streets of Catalonia’s capital Barcelona on Sunday to express their opposition to any declaration of independence from Spain, which according to Reuters showed “how divided the region is on the issue.”

Last Sunday, more than 90% of the 2.3 million people who voted backed secession, according to Catalan officials. But that turnout represented only 43 percent of the region’s 5.3 million eligible voters as many opponents of independence stayed away. Now its the others’ turn to be heard.

5.
– Long live Spain/Cat.
– I am Spanish
– Jail for Puigdemont
– THIS is the people of Catalonia@lasvocesdelpuepic.twitter.com/BIig4ol1Oe 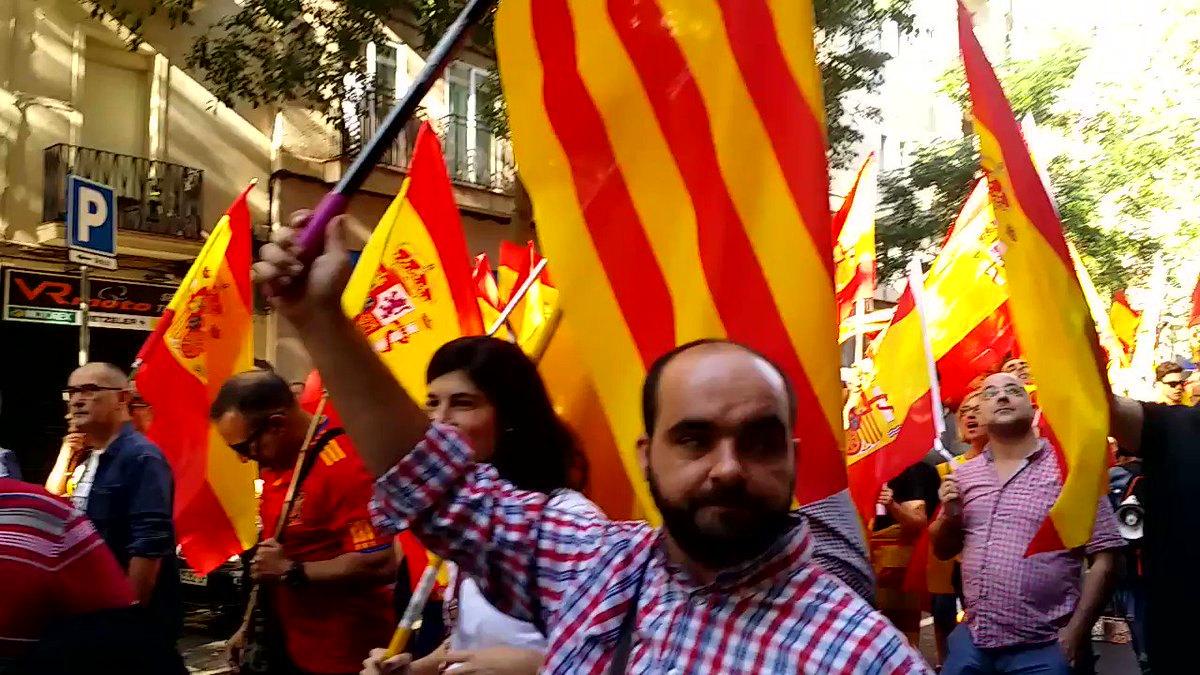 The protesters rallied in central Barcelona, waving Spanish and Catalan flags and banners saying “Catalonia is Spain” and “Together we are stronger”, as politicians on both sides hardened their positions in the country’s worst political crisis for decades.

← Iran Threatens America: If New Sanctions Pass, US Military “Would Be At Risk” Schäuble: Another Financial Crisis Is Coming Due To Spiraling Global Debt, “New Bubbles” →