Home » Economics » Is it a Bad Idea to Have Fewer Children? Jorgen Randers at the Summer Academy of the Club of Rome in Florence

Is it a Bad Idea to Have Fewer Children? Jorgen Randers at the Summer Academy of the Club of Rome in Florence

Is it a Bad Idea to Have Fewer Children? Jorgen Randers at the Summer Academy of the Club of Rome in Florence 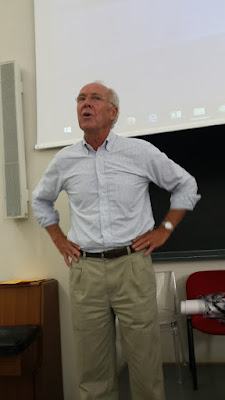 Jorgen Randers speaks at the 1st Summer Academy of the Club of Rome, in Florence, Sep 2017 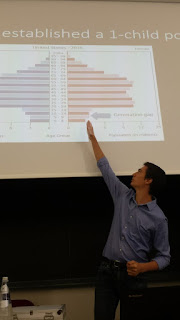 The Summer Academy of the Club of Rome saw an interesting debate when a young participant (Jacques Chartier-Kastler) asked to take the floor and speak about what he and his group were seeing as a problem: the current tendency of having fewer children. He showed data about the resulting unbalanced age distribution with too many old people who turn out to be a burden for society. And he said that having such an unbalanced distribution could be a disaster in the case of an economic downturn or even a collapse.

Jorgen Randers produced a strong response to this presentation. I am reporting from memory, but I think I am being faithful to the gist of what Randers said, which was something like this:

“Young man, you gave a very bad presentation. I think it was truly horrible and you should stop giving it. You see, the problem you are presenting is a completely fake problem. It comes from the fact that, in the past, an agreement had developed in most Western societies that the families would provide for children, whereas the state would support the elderly. Now, of course, with more old people, the state must pay more. But we forget that having fewer children the burden for families – and for society – is much reduced. So, there is a simple solution to what you see as a problem: raise the retirement age. That’s what my country, Norway, did. They leave citizens to choose when to retire, but they give favorable conditions to those who retire later.

← Do 40,000 Lightning Strikes Over Southern Cali Point To A Mega Quake On The Horizon? State-Sponsored Intimidation, Or When FARA Goes Too Far →