The High Cost of Renewable Subsidies

The High Cost of Renewable Subsidies 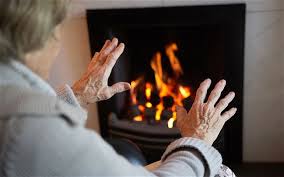 I have for some time wanted to get to the bottom of renewable subsidies and their impact upon electricity prices. But the complexity and opacity of the system has always defeated me. And then last week a report titled “Status Review of Renewable Support Schemes in Europe” landed in my inbox and it seemed to contain much of the information I was seeking. The headline numbers: the weighted average subsidy paid to renewable generators in EU 26 in 2015 was €110 / MWh. The maximum was €184 / MWh in the Czech Republic and the minimum €16.2 / MWh in Norway and the UK came in at €75 / MWh.

Considering that the wholesale price of electricity in Europe is typically €40 to €60 / MWh we can see that renewables are costing on average about 3 times as much as conventional power (wholesale~50, subsidy~110, total~160). And politicians, who have mandated the use of renewable electricity, are wondering why electricity prices are rising.

The report was published by the Council of European Energy Regulators (CEER)  on 11th April 2017. But since it summarises a vast amount of complex data that has taken considerable time to compile, the reference years reported are 2014 and 2015. The report can be downloaded here. 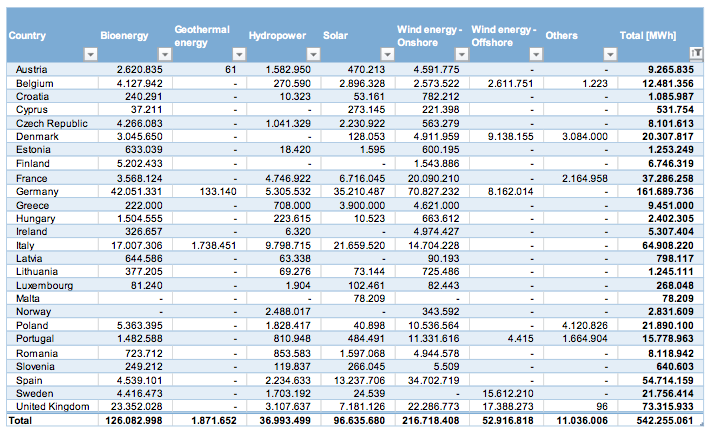 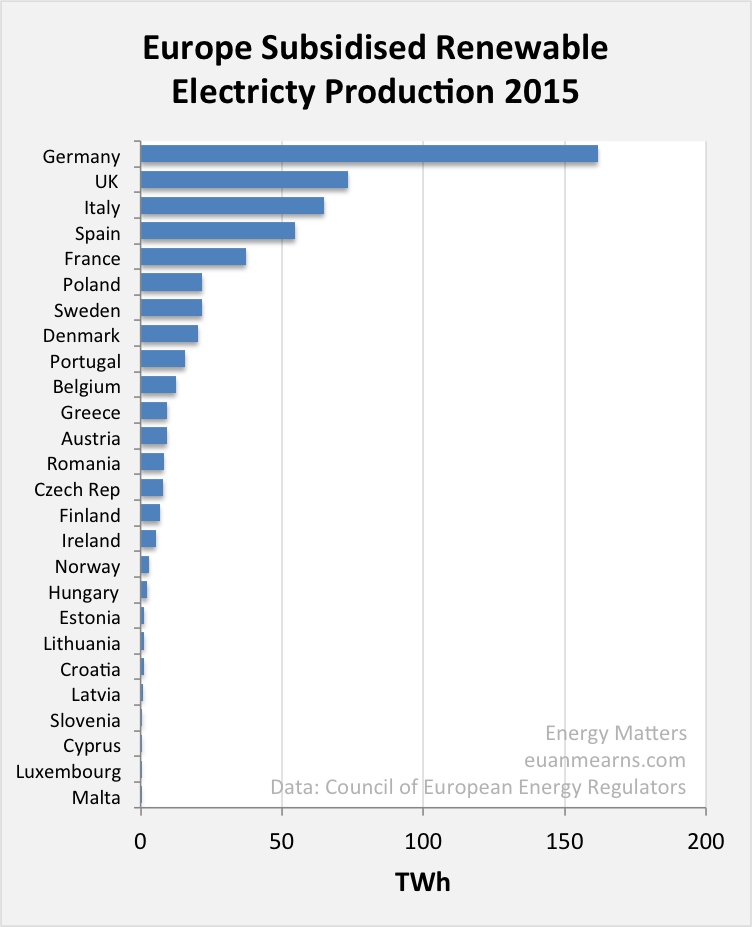 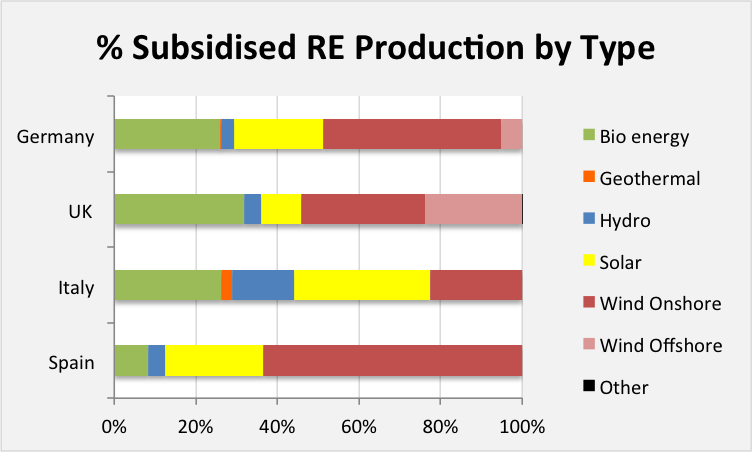