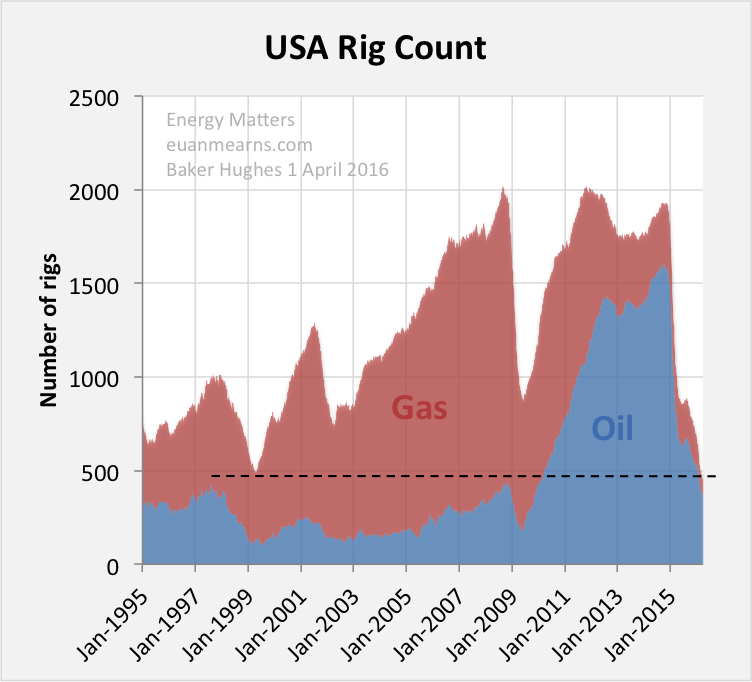 Since the possible double bottom at $26 formed on February 11th the oil price has staged a rally to $40 (WTI). Traders lucky enough to buy at $26 and sell at $40 have pocketed a tidy 54% profit. Very few will have been this lucky. The trade was stimulated by news that Saudi Arabia and Russia had agreed to not increase production this year which is hollow news since neither country could significantly increase production no matter how hard they tried. Profit taking has now driven WTI back towards $37 as of 1 April.

What next? There is precious little sign of significant production falls anywhere. US and international rig counts continue to plunge. And there is little sign of global demand recovering as OECD economies buckle under the weight of misguided energy policy and debt. There is a risk of the plunge in oil price resuming. 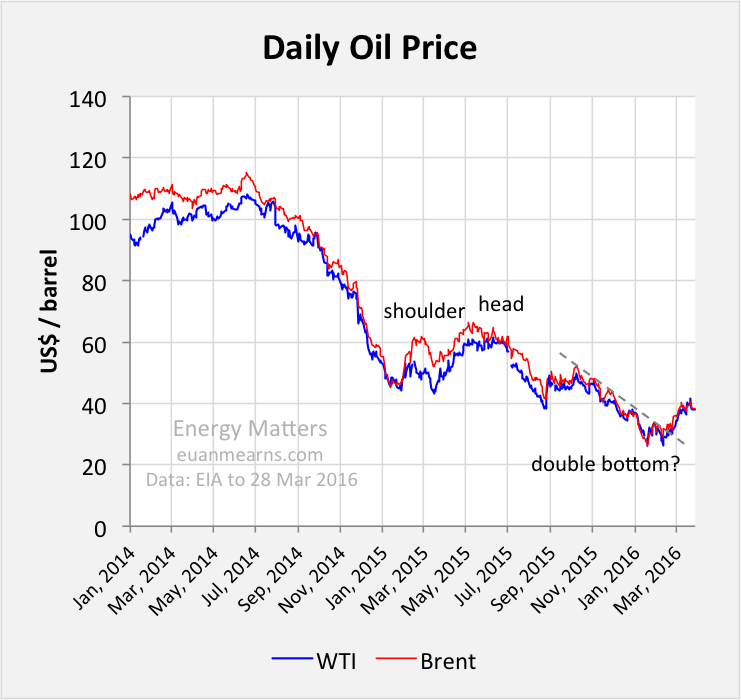 Figure 1 WTI tested the $26.68 low set on Jan 20 by returning to $26.19 on Feb 11. Since then a rally to $40 has been staged and the price has moved above the near term downwards trend line. Charts have limited value in prediction and must be used in conjunction with fundamentals. For now I don’t believe this chart is providing clear direction. Fundamentals remain chronically weak and the next chart points to an on-going plunge in price. But only time will tell.

← Monsanto Claims A Breach Of Its Constitutional Rights Could an Economic Collapse be in Our Near Future? →