Home » Environment » Climate facepalm: the Italian Society of Physics declares that climate science is not science

Climate facepalm: the Italian Society of Physics declares that climate science is not science

Climate facepalm: the Italian Society of Physics declares that climate science is not science 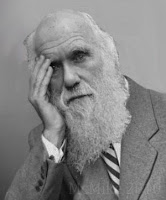 So, Mr. Darwin, what is the equation of evolution?

With the climate negotiations in full swing in Paris, 14 Italian scientific societies got together to release a document in which they expressed their support for the COP21 negotiations and for the need of taking action against anthropogenic climate change. However, one scientific society was conspicuously missing:  the Italian Society of Physics (SIF).

Later on, the president of SIF, Prof. Luisa Cifarelli, diffused a statement on this issue as a comment to the blog of the Italian Society of Chemistry. This comment has not been officially confirmed, but neither it has been denied, so it appears to be real. Let me report its initial statement here, translated from Italian.

The SIF is an association of physicists used to consider physical laws determined by equations of varying degrees of complexity and results expressed with appropriate confidence or likelihood levels. This is, after all, the scientific method.

Then, Professor Cifarelli goes on, stating that the Italian Society of Physics refuses to sign a document in which some statements are given as certainties and not as possibilities, and that science cannot be based on consensus and on “mixing science and politics”. She concludes that it is important that the earth is protected from pollution, but that the study of climate should be “based on physics.”

And so, here we stand. What Prof. Cifarelli is saying is that science is science only if it is based on equations. Therefore, since an “equation of climate” doesn’t seem to exist, climate science is not a science. In a single stroke, Prof. Cifarelli has removed from the category of legitimate sciences everything from earth sciences (what is the equation of dinosaurs?) to the study of complex systems (what’s the equation of Bak’s sandpile?).
…click on the above link to read the rest of the article…