Research reveals that European central banks have prepared a new international gold standard. Since the 1970s, policies that paved the way for an equitable and durable monetary system have gradually been implemented. 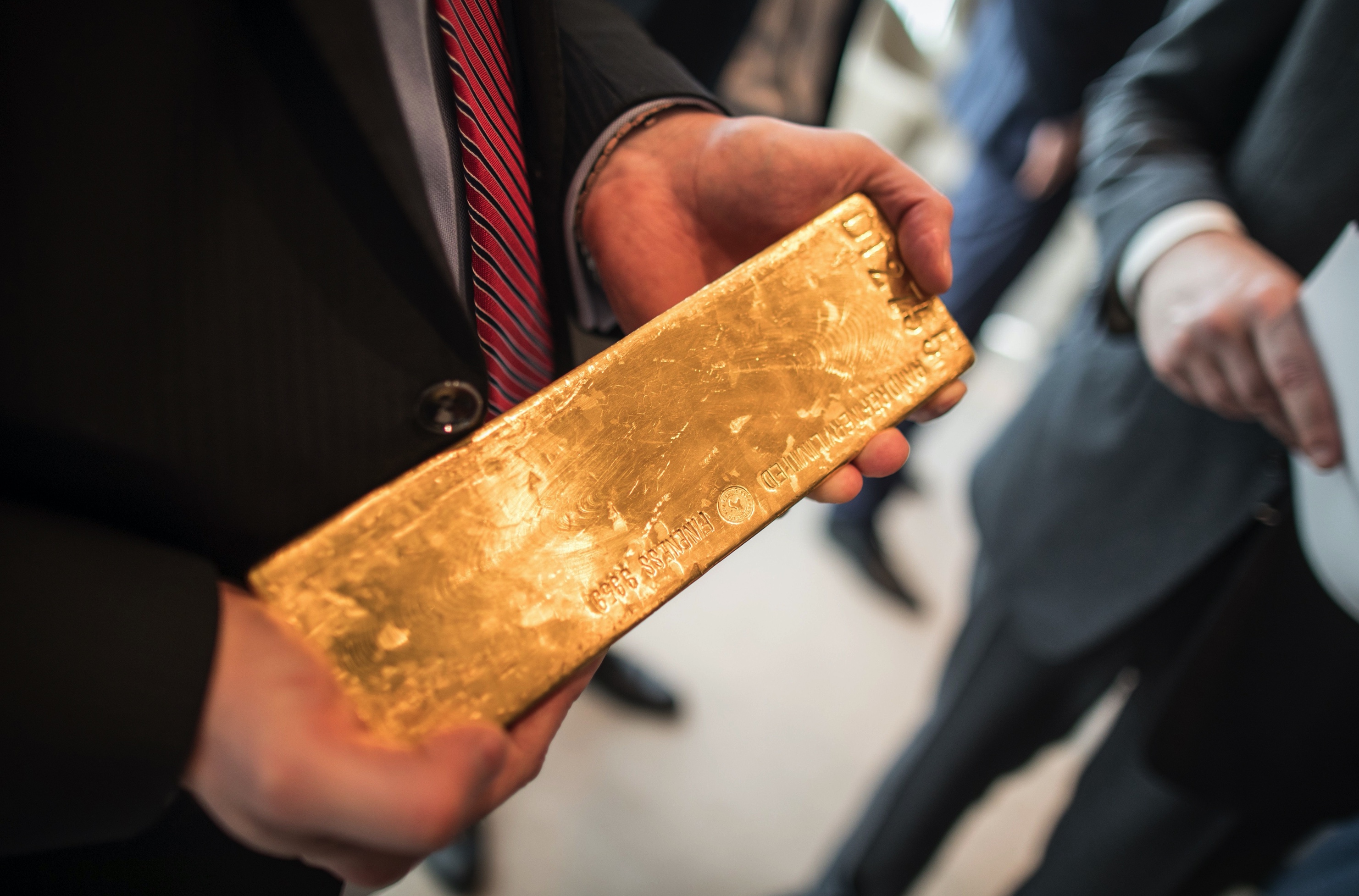 In my view, the current fiat international monetary system is ending—unconventional monetary policy has entered a dead end street and can’t reverse. I have written about this before, and will not repeat this message in today’s article. Instead, we will discuss a topic that deserves more attention, namely that European central banks saw this coming decades ago when the world shifted to a pure paper money standard. Accordingly, European central banks have carefully prepared a new monetary system based on gold.

When the last vestige of the gold standard was terminated by the U.S. in 1971, circumstances forced European central banks go along with the dollar hegemony, for the time being. Sentiment in Europe, however, was to counter dollar dominance and slowly prepare a new arrangement. Currently, central banks in Europe are signaling that a new system that incorporates gold is approaching.

If you want to read a summary of this article you can skip to the conclusion.

The Rise and Fall of Bretton Woods

At the end of the Second World War, a new international monetary system called Bretton Woods was ratified. Under Bretton Woods, the U.S. dollar was officially the world reserve currency, backed by gold at a parity of $35 per ounce. The United States owned 60% of all monetary gold—more than 18,000 tonnes—and promised the dollar to be “as good as gold.” All other participating countries committed to peg their currencies to the dollar. Bretton Woods was a typical gold exchange standard.

Real-World Problems: The Current State of The Gold Market In Plain Language

Real-World Problems: The Current State of The Gold Market In Plain Language

There have been recent rumors in the gold market about the availability of physical gold. Some social media personalities and news agencies have claimed that there is a shortage of physical gold on the market. However, it is not so much about a shortage of gold, but rather a sudden demand for gold in places where it cannot be quickly supplied in the desired form.

Are negative interests here to stay?

In Mesopotamia around the third millennium B.C. there were two types of money circulating: barley and silver. The interest rate on a barley loan was usually 33%, whereas, on silver, it was 20%. At the time of writing, the interest rate where I live (the Netherlands) on my savings account—technically a loan to the bank—is zero percent. And my country is no exception. An enormous difference compared to the earliest economy we have written evidence of—that of the Sumerians living in Mesopotamia 4,500 years ago.

In one of my previous articles I showed the (current) correlation between long-term real interest rates on sovereign bonds and the price of gold. I wrote:

One of the key drivers … for the US dollar gold price is real interest rates. It is thought that when interest rates on long-term sovereign bonds, minus inflation, are falling, it becomes more attractive to own gold as it is a less risky asset than sovereign bonds (gold has no counterparty risk).

Regarding this correlation, it’s valuable to get a sense of where real rates are heading.

Schmelzing points out real rates have declined (depending on the type of debt) by 0.006-0.016 % per year since 1311. Remarkably, he states, “that across successive monetary and fiscal regimes, and a variety of asset classes, real interest rates” have been falling.

China’s Gold Hoarding: Will It Cause the Price of Gold to Rise?

China’s Gold Hoarding: Will It Cause the Price of Gold to Rise?

There are reasons to think that the gold price will rise faster than expected.

Since 2009 China has withdrawn 12,000 tonnes of gold from the rest of the world, where the short and medium-term gold price is set. For reasons I will explain, a tighter market outside of China can make the price of gold price rise faster than many expect. I believe the gold price will rise, because of excessive debt levels around the world, and incessant money printing by central banks. Central banks will try and resolve the debt burden through currency depreciation (inflation). China has been preparing for this scenario by buying gold.

One of the key drivers in recent decades for the US dollar gold price is real interest rates. It is thought that when interest rates on long-term sovereign bonds, minus inflation, are falling, it becomes more attractive to own gold as it is a less risky asset than sovereign bonds (gold has no counterparty risk). However, gold doesn’t yield a return (unless you lend it). So, when real rates rise, it becomes more attractive to own bonds.

Although the correlation is clear, it might change in the future. Possibly, when real rates fall, the gold price will rise faster than before. Let me explain why.

German Central Bank: Gold Is the Bedrock of Stability for the International Monetary System

German Central Bank: Gold Is the Bedrock of Stability for the International Monetary System

European central banks are slowly preparing for plan B: gold.

It was long believed in the gold space that Western central banks are against gold, but things have changed, for quite some years now. Instead of discouraging people from buying gold, or convincing them that gold is an irrelevant asset, many of these central banks are increasingly honest about the true properties of this monetary metal. Stating that gold is the ultimate store of value, that it preserves its purchasing power through time and is a global means of payment. Such statements, combined with actions that will be discussed below, reveal that more and more central banks are preparing for plan B.

The Bundesbank (the German central bank) published a book last year named Germany’s Gold. In the introduction, written by the President of the Bundesbank Jens Weidmann, the view of this bank leaves no room for interpretation. Weidmann writes (emphasis mine):

Ask anyone in Germany what they associate with gold and, more often than not, they will say that it is synonymous with enduring value and economic prosperity.

Ask us at the Bundesbank what our gold holdings mean for us and we will tell you that, first and foremost, they make up a very large share of Germany’s reserve assets … [and they] are a major anchor underpinning confidence in the intrinsic value of the Bundesbank’s balance sheet.

The Bundesbank produced this publication to give a detailed account, the first of its kind, of how gold has grown in importance over the course of history, first as medium of payment, later as the bedrock of stability for the international monetary system.