How Much Silver Bullion Was Sold By The Top Three Official Mints So Far This Year?

The top three official mints sold a great deal of retail silver bullion products in the first half of 2020.  However, the sales figure could have been a great deal higher if the various government mints weren’t forced to shut down production.  The top three official mints in retail silver bullion sales are the U.S. Mint, Royal Canadian Mint, and the Perth Mint.

According to the data from the 2020 World Silver Survey, for last year’s figures, the Royal Canadian Mint sold 25.8 million oz (Moz) of silver bullion products, followed by the U.S. Mint at 19.5 Moz and the Perth Mint with 12.7 Moz.  The majority of the 19.5 Moz of U.S. Mint silver bullion products sold last year were from the 14.9 Moz of Silver Eagles and 1.5 Moz of the Five-ounce American The Beautiful Silver Coins with the remainder in Silver Eagle Proofs, collectibles, and various numismatic coins.

Regardless, if we look at the first half of 2020, here is the increase in silver bullion products from these top three official mints.

“This Could Be Huge”: Gold Bar Certified By Royal Canadian Mint Exposed As Fake

“This Could Be Huge”: Gold Bar Certified By Royal Canadian Mint Exposed As Fake

The last time there was a widespread physical gold counterfeiting scare was in the summer of 2012 when as we reported the discovery of a single 10 oz Tungsten-filled gold bar in Manhattan’s jewelry district led to a panic among the dealer community, which then resulted in local jewelry outlets discovering at least ten more fake 10-ounce “gold bars” filled with Tungsten. Fast forward to today when a similar instance of gold counterfeiting has been discovered, this time in Canada, and where the fake bar in question had been “certified” by the highest possible authority.

According to CBC, the Royal Canadian Mint is investigating how a sealed, “pure gold” wafer with proper mint stampings has emerged as a fake. According to the Canadian press, the one-ounce gold piece, which was supposed to be 99.99% pure, was purchased by an Ottawa jeweller on Oct. 18 at a Royal Bank of Canada branch. The problem emerged when tests of the bar showed it may contain no gold at all.And, when neither the mint nor RBC would take the bar back, jeweler Samuel Tang contacted CBC news.

Joy Creations owner Samuel Tang contacted CBC News when neither RBC nor the
mint would take back the one-ounce gold piece he’d purchased.

Following the news, RBC felt an obligation to pick up the bar and returned it to the mint for testing, refunding Tang the $1,680 purchase price.

Canada sells off most of its gold reserves

Canada sells off most of its gold reserves 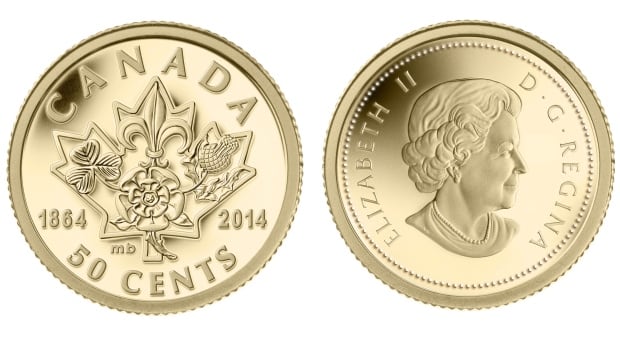 (Note: CBC does not endorse and is not responsible for the content of external links.)

Canada is selling off most of its remaining gold reserves, mainly by selling gold coins, figures from the Bank of Canada and Finance Department show.

The country held just $19 million US worth of gold as of last Monday. Through most of 2015, the country’s gold reserves stood at more than $100 million US.

With our gold holdings worth $19 million US as of three days ago, that suggests further sales this month, as the price of gold has been rising — up to $1,245 US per ounce today.

The figures don’t say which coins Ottawa has been selling. The Royal Canadian Mint has produced pure Maple Leaf gold coins in a variety of denominations for more than 40 years. They’ve proven to be popular around the world, with more than 25 million troy ounces of coins sold since 1979.

Canada may be one of the world’s biggest gold-mining nations, but the government of Canada hasn’t been a big buyer of gold coins, or any other gold, for years. That’s not too surprising, since no country now uses a gold standard to value and back its currency.

Year-end data from Finance for each of the last 10 years shows that Canada’s gold hoard has been worth a maximum of $181 million US during that span.

At current levels, our gold holdings amount to less than 0.1 per cent of the $82.6 billion US that Canada has in official international reserves.

Now, Canada has less than one tonne.