History teaches us that there is no free lunch, reminds Dr. Ben Hunt, publisher of EpsilonTheory.com.

And science informs us that even the most simple systems become nearly impossible to predict or control with 100% precision as time and variables change.

But our society today is ignoring these lessons. It’s betting that the increasingly excessive distortions required to keep the status quo continuing will succeed, and come at no cost.

Society burns itself on a really hot stove every three or four generations.

I think we’re at that point where the Millennials coming of age who are having to wrestle with what the Baby Boomers have done to the world. They’re going to end up burning themselves on this hot stove. The hot stove of looking to government as the answer for everything that ails you. Of looking towards your political leaders as somehow able to provide never-ending exponential growth in comfort and standard of living.

And ultimately, they’ll burn themselves — there’s no such thing as a free lunch. You’ve got pay for these things in one way or another — in terms of resource extraction, in terms of taxation, in the form of sacrifice of individual liberties.

There are any number of ways in which that burning on the hot stove could happen.

2019: The Beginning Of The End (Free Premium Report)

2019: The Beginning Of The End (Free Premium Report)

What will happen next & what to do now

Welcome to our new readers and a very Happy New Year to everyone!

Now that it’s 2019, we’re going to start the new year here at Peak Prosperity by responding to the wishes of our premium subscribers and making our most recent premium report free to everyone.

For those unfamiliar with our work, it’s based on the idea that humanity is hurtling towards a disaster of our own making.  Several powerful and unsustainable trends are all converging towards an ever-narrowing gap in the future.

Because of this, the individual and collective choices we make today take on ever-increasing importance.  Our collective choices — around such issues as rampant money-printing by central banks, the failure to wean ourselves off of fossil fuels, and tossing an entire younger generation under the bus because that’s most convenient for an older generation afraid of living within its actual means — are all pointing to a diminshed and disappointing future. We need to make better choices that align ourselves with these (and many other) looming realities.

This is our work here at Peak Prosperity.

For ten years now, we’ve been pointing out the many predicaments society faces. And we will continue our vigilance.  No because we enjoy crisis, or that we relish delivering hard messages, but because these are the times in which we live — and those, like you, who are awake to reality, need unvarnished facts and data to make informed decisions.

So we offer to you, today, a peek behind our premium subscription curtain.  The people who subscribe to our work do so to make themselves more resilient, as well as to support Peak Prosperity financially as we carry on our mission of “Creating a world worth inheriting”, which invoves bringing difficult messages to reluctant audiences.

Sadly, most of us will outlive our savings

The concept of ‘retirement’, of enjoying decades of work-free leisure in your golden years, is a relatively new construct. It’s only been around for a few generations.

In fact, the current version of the relaxed, golfing/RV-touring/country club retirement lifestyle only came into being in the post-WW2 boom era — as Social Security, corporate & government pensions, cheap and plentiful energy, and extended lifespans made it possible for the masses.

But increasingly, it looks like the dream of retiring is fast falling out of reach for many of today’s Baby Boomers. Most will outlive their savings (if they have any at all).

And the retirement prospects look even worse for Generations X, the Millennials, and Gen Z.

While the US enjoyed a wave of unprecedented prosperity throughout the 20th century, the data clearly shows that halcyon era is ending.

Real wages (i.e., nominal $ earned divided by the inflation rate) for the average American worker have hardly budged since the mid-1960s: Yet the cost of living has changed dramatically over the same time period. Note how the rate of increase in the Consumer Price Index (CPI) started accelerating in the late ’60s and never looked back:

Squeezed between stagnant wages and a rising living costs, perhaps it should be little surprise that so many Americans are having difficulty finding anything left over to save for retirement.

We’ve written about this extensively in our past reports, such as Let’s Stop Fooling Ourselves: Americans Can’t Afford The Future and The Great Retirement Con. But as a way of driving the point home, here are some quick sobering stats from the National Institute On Retirement Security:

FOURTH TURNING – OUR RENDEZVOUS WITH DESTINY Our Rendezvous With Destiny

“The seasons of time offer no guarantees. For modern societies, no less than for all forms of life, transformative change is discontinuous. For what seems an eternity, history goes nowhere – and then it suddenly flings us forward across some vast chaos that defies any mortal effort to plan our way there. The Fourth Turning will try our souls – and the saecular rhythm tells us that much will depend on how we face up to that trial. The saeculum does not reveal whether the story will have a happy ending, but it does tell us how and when our choices will make a difference.”  – Strauss & Howe – The Fourth Turning 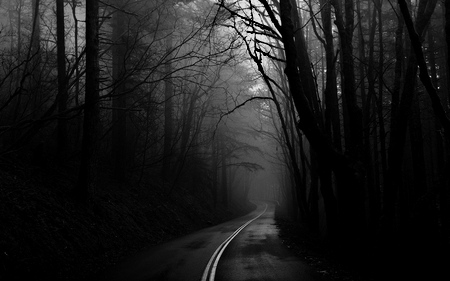 The people have been permitting a small cadre of elitists, billionaire financiers, corporate chiefs, propagandist media moguls, and crooked politicians to make the choices dictating the path of our country since the 2008 dawn of this Fourth Turning. The choices they have made and continue to make have imperiled the world and guaranteed a far more calamitous outcome as we attempt to navigate through the trials and tribulations ahead. Their strategy to “save the country” by saving bankers, while selling the plan to the public as beneficial to all and essential to saving our economic system, has proven to be nothing more than the greatest wealth transfer scheme in human history.  The ruling class is deliberately blind to their own venality and capacity for evil.

Two recent surveys, along with numerous other studies and data, reveal most American households to be living on the brink of catastrophe, but continuing to act in a reckless and delusionary manner. There have certainly been economic factors beyond the control of average Americans that have resulted in real median household incomes remaining stagnant for the last 36 years. The unholy alliance of mega-corporations, Wall Street and bought off corrupt politicians have gutted the nation of millions of good paying jobs under the guise of globalization, while utilizing debt, derivatives and financial schemes to enrich themselves. The malfeasance of the sociopathic privileged class does not discharge the personal responsibility of citizens for living within their means. A lack of discipline, inability to delay gratification, failure to understand basic mathematical concepts, materialistic envy, absence of critical thinking skills, and a delusionary view of the world have left the majority of Americans broke and in debt.

The data that captured my attention was how little the average American household has in savings. Roughly 62% of Americans have less than $1,000 in savings and 21% don’t even have a savings account, according to a new survey of more than 5,000 adults conducted this month by Google Consumer Survey for personal finance website GOBankingRates.com. This dreadful data is reinforced by a similar survey of 1,000 adults carried out earlier this year by personal finance site Bankrate.com, which also found that 62% of Americans have no emergency savings for a medical crisis, car repair, or unanticipated household expenditure. 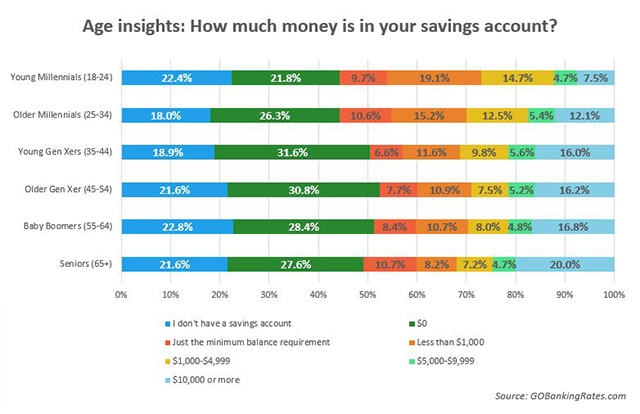 The fact is these are not highly unlikely scenarios. They happen every day as part of our routine existence. Everyone gets sick. Every car eventually needs new tires or an engine repair. Every home will need a new hot water heater or roof at some point. It is foolish and short sighted to not expect “unexpected” expenditures. Sorry, Millennials, We’re Out of the Jobs You Want

Sorry, Millennials, We’re Out of the Jobs You Want

Millennials don’t want to work in sales, reports the Wall Street Journal. They think it’s exploitative. They also hate the idea of variable compensation; they want a nice, steady job where the company takes the risk, not the worker.

It’s not entirely surprising, of course. I’ve heard people who worked in New York City’s government during the 1970s noting that there was an unusually high number of very competent senior staff at the time — refugees from the Great Depression who ended up there because it was the only place where you could get a steady paycheck. That generation was risk-averse in ways that their children were not, with a high savings rate and a permanent aversion to equity investments. It would be natural for the millennial generation to have had a similar reaction to such a brutal formative experience.