Trump’s Neocon Conversion and the Syrian 180

You have to feel a little sorry for the folks who voted for Trump expecting him to live up to his promise to bring the troops home and stop killing people.

On Thursday Trump cleared up any doubt about his neocon conversion. Once again he made his supporters—or those interested in nonintervention at least—out to be fools, that is to say any principled supporters left after killing thousands in Syria.

President Donald Trump, who just five months ago said he wanted “to get out” of Syria and bring U.S. troops home soon, has approved a new strategy for an indefinitely extended military, diplomatic and economic effort there, officials said. https://www.stripes.com/news/middle-east/trump-approves-indefinite-us-presence-in-syria-1.546358 …

Although the military campaign against the Islamic State has been nearly completed, the Trump administration has redefined its goals to include the exit of all Iranian military and proxy forces from…

President Trump, who just five months ago said he wanted “to get out” of Syria and bring U.S. troops home soon, has agreed to a new strategy that indefinitely extends the military effort there and launches a major diplomatic push to achieve American objectives, according to senior State Department officials.

These “American objectives” reflect those of Israel, which has worked diligently to undermine Syria for decades. The first objective is to replace Bashar al-Assad with a malleable client that takes orders from the US, Israel, and Saudi Arabia.

Second, Trump—channeling Netanyahu—demands the removal of all Iranian troops in Syria. Both the Russians and Iranians were invited into the country to help al-Assad flight the CIA and Saudi Arabia’s bloody Wahhabi-infused terrorists.

Russia and Iran Hate Us for Our Freedoms

It’s easy to detect fake news. I don’t need a fact checker or a laboratory at a globalist think tank to clue me in.

Both Russia and Iran want to influence the midterm elections.

It’s lunacy to believe this would make a difference, even if it were true.

The story was posted at one of the more notorious fake news sites—The New York Times, the folks who sold you WMDs and the invasion of Iraq.

Facebook passed this info on to the Gray Lady of Propaganda.

This latest threat by people who hate us for our freedoms—as George W. Bush so pointedly phrased it—follows a similar claim last month.

The campaign’s scale exceeded that of another influence operation that Facebook revealed last month, in which the company said it detected and removed 32 pages and fake accounts that had engaged in activity around divisive social issues ahead of the midterms.

Elections always arouse heated discussion on divisive issues and have done so since the founding of the (former) republic. Establishment Republicans and Democrats use the media as an influence tool and it is accepted as normal behavior. Billions are spent every election cycle to influence voters one way or the other.

The revelations underscore how Facebook continues to be used as a weapon by others to try to influence the American electorate.

The Murder of Julian Assange

It was a fool’s errand.

On the day Donald Trump was elected his supporters asked him to pardon the founder and frontman of WikiLeaks, Julian Assange. They flooded social media demanding Assange be allowed to leave the Ecuadorian embassy in London without arrest and extradition to the United States.

Stone silence from Trump and his administration.

A few months before the election, WikiLeaks released a searchable archive of over 30,000 emails and attachments taken from Hillary Clinton’s not-so private email server.

Trump held no aversion to exploiting the emails. He called them the Crooked Hillary emails and said they endangered the national security of the United States.

Democrats called foul, said Assange had colluded with Putin and the Russians.

In April, they filed a lawsuit in federal court against the Russian government, the Trump campaign, and WikiLeaks. They argue there was a widespread conspiracy to swing the 2016 election.

They have zero evidence of this. Evidence is no longer required. Accusations alone now serve to take down leaders and destroy careers.

Julian Assange and WikiLeaks are no longer of use to Donald Trump.

He dished out pardons to ex-Arizona sheriff Joe Arpaio and neocon leaker Scooter Libby. Trump mulled other pardons, including a posthumous one for Muhammad Ali to wipe out his draft dodging conviction. It was reported in June Trump insiders are pushing to pardon the junk bond king Michael Milken and reverse his conviction on securities fraud. The Milken pardon is being pushed by Goldman Sachs alumnus and current Treasury secretary Steven Mnuchin and Trump’s son-in-law, Jared Kushner.

Meanwhile, Julian Assange is left to twist in the wind.

Both Trump’s attorney general and his former CIA director, now secretary of state Mike Pompeo want Assange extradited to the United States where he will face trial and possible execution for espionage.

What Kind of Country Are We?

That’s what Time magazine tweeted this morning. It is trying to place the blame for Trump’s immigration policy—specifically, his separation policy—on all Americans. Time wants us to stand up for the children. 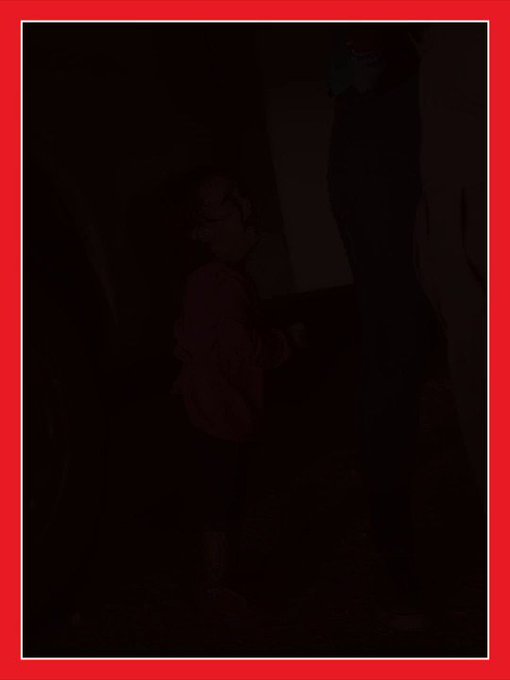 TIME’s new cover: A reckoning after Trump’s border separation policy: What kind of country are we? https://ti.me/2JVINI1

But Time says nothing about the slaughter and starvation of children in Syria, Libya, Iraq, Afghanistan, and in particular Yemen. The US is assisting the Saudis in their genocidal war against the Houthi. It’s helping the fascists in Ukraine kill civilians in Donbas. It’s selling murder hardware to dictators and sadists.

When was the last time they did a cover denouncing Trump for his bombing campaigns in Syria and Iraq that have killed thousands of civilians? Are dead babies buried in rubble less important than immigrants from Mexico and Honduras?

Time’s publisher, Henry Luce, had a close relationship with the CIA.  CIA employees traveled with Time-Life credentials as cover in the 1950s. The Luce family financed efforts to kill Fidel Castro.

“In the 1950s and early 1960s, Time magazine’s foreign correspondents attended CIA ‘briefing’ dinners similar to those the CIA held for CBS,” writes Carl Bernstein. “And Luce, according to CIA officials, made it a regular practice to brief Dulles or other high Agency officials when he returned from his frequent trips abroad. Luce and the men who ran his magazines in the 1950s and 1960s encouraged their foreign correspondents to provide help to the CIA, particularly information that might be useful to the Agency for intelligence purposes or recruiting foreigners.”

Luce is long gone and Time—a staunch Republican periodical during his time—has since embraced the establishment’s shift to “progressive” politics. It is now the preferred political control mechanism.