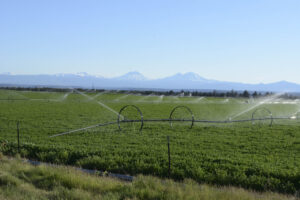 The majority of water removed from the Deschutes is used to grow irrigated pasture and hay for livestock not crops consumed directly by humans.  Photo by George Wuerthner

The recent article “Low Flows On Deschutes” highlights why irrigation is a significant threat to our river’s ecological integrity.

According to the report, flows on a portion of the Deschutes dropped to 60 CFS leaving many parts of the river channel dry. To put this into perspective, historically, before irrigators took our water from us,  the river ran at 1000-1200 CFS year-round.  As a spring-fed river, the Deschutes supported outstanding fisheries. 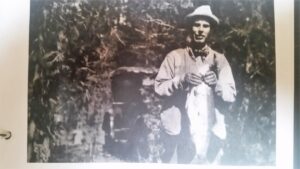 Huge trout caught out of the Deschutes near the turn of the century before irrigation destroyed the river.

This tragedy continues because the public is not standing up for its rights. We, the people, own the water in the river, not the irrigators. We allow the irrigators to take water from the river without any compensation to the public, and regardless of the damage done to aquatic ecosystems. This system was devised by irrigators to serve irrigators a century ago.

Isn’t it time for us to enter the modern age? Using water in the desert to grow hay for livestock is just a crazy waste of a valuable resource. Keeping water in the river would provide for greater recreational use. And maintaining viable flows would protect aquatic life like spotted frogs, trout, and salmon, not to mention all the other water-dependent species like eagles, mink, otter, and the rest.

Despite the claims to “water rights” the actual water in all state rivers belongs to  Oregon citizens as affirmed by the Oregon Supreme Court.

Saving water in the soil is without a doubt the easiest and most effective way to manage the water flowing through your land. If you need extra irrigation, however, the water stored up in your soil isn´t easy to access. For irrigation needs, you´ll want to use water that you store in cisterns or tanks. This water can be harvested either from the sky in the form of rain or through capturing water from a spring, river or another source of fresh water.

Irrigation, unfortunately, is one of the most wasteful practices in modern day agriculture. From traditional sprinkler systems to large-scale irrigation by airplane and helicopter, millions of gallons of water are lost each year by irrigating pieces of land where nothing is growing.
For a plant to grow properly, it obviously needs water. That water resource, especially when limited, should be focused on the root area. While sprinkler systems, to name just one example, indiscriminately spray water over entire fields of plants, drip irrigation systems can focus water directly to the root zone of the plant where water is needed.

Drip irrigation systems have been reported to use 80% less water than traditional irrigation practices. Furthermore, since these systems direct water only underneath the plant, fungal diseases caused by excess water accumulating on the leaves can also be avoided. We will briefly look at two easy to set up drip irrigation methods below.

Water in the American Southwest has never been abundant. Its availability fluctuates depending on conditions like drought and mountain snowpack that feeds streams and rivers. But experts predict a future of greater extremes: longer and hotter heat waves in the summer, less precipitation, decreased snowpack, and more severe and frequent droughts that will place greater stress on water users.

In New Mexico and Colorado, legal statutes enable an area’s original water users to transfer their portions of the resource, via pipelines, to the highest bidder virtually anywhere in the state. When scarcity hits, industrial mining and agricultural operations can afford to purchase additional water while small-scale farmers and ranchers remain vulnerable; in both states, water use already exceeds availability.

But for over a century, acequias—an ancient form of community water management originating at least 1,000 years ago and now used by small-scale and backyard farmers and ranchers—have resisted the flow of water toward corporations in New Mexico and Colorado. After receiving wider legal protections for self-governance in the 2000s, acequias are disrupting modern agricultural practices by assuring the equitable distribution of water to rural communities.

An ancient system of water management

Acequias appeared in the United States centuries before New Mexico and Colorado were incorporated into the nation: more than a century, in fact, before the United States even existed. Brought by Spanish settlers to Mexican territory in the 16th century (including what is today the American Southwest), acequias were a system perfectly suited to the arid, high-elevation landscape where drought was common and the availability of water varied drastically from season to season and year to year.

The Problems With Our Industrial Water System Today

THE PROBLEMS WITH OUR INDUSTRIAL WATER SYSTEM TODAY

Imagine that you´re in your home on a rainy afternoon. It has been raining for two days straight now and your front yard is full of puddles. The water is rushing along the drain ways on the side of the road and the local news is talking about the stress on the local sewer system that this extra rain is causing. When you turn on the faucet in your kitchen sink to wash up the dishes from lunch, however, the water that you use may very well be coming from hundreds of miles away in an area that may very well be experiencing a drought.

Our conventional, industrial water supply has very little connection to local watersheds or local ecosystems. Rather, the focus has been on taking water from areas where water is apparently abundant and moving it to areas with high population densities or areas where water is scarce. To do this, we depend on huge, energy dependent pumping systems that most likely depend on the continued availability of cheap fossil fuels to fuel these pumps.

A CITY IN THE DESERT

Las Vegas, Nevada is the epitome of unsustainability (and lunacy) when it comes to water. Located in the middle of a desert where water is scarce, Las Vegas has depended on Lake Mead for its water. However, in recent years it has become apparent that the thirsty city of Las Vegas is pulling water out of Lake Mead faster than the natural inflows can replenish it. To solve this problem, the city of Las Vegas has begun purchasing rights to groundwater throughout the state hoping to assuage their water crisis by pumping water out of the ground and sending it hundreds of miles away to irrigate the many golf courses in Las Vegas and offer luxurious hot showers to the over 100,000 hotel rooms of the signature casinos of the city.

Salting the Economy to Death

Salting the Economy to Death 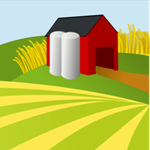 One popular delusion that won’t seem to go away is the notion that policy makers can stimulate robust economic growth by setting interest rates artificially low.  The general theory is that cheap credit compels individuals and businesses to borrow more and consume more.  Before you know it, the good times are here again.

Profits increase.  Jobs are created.  Wages rise.  A new cycle of expansion takes root.  These are the supposed benefits to an economy that central bankers can impart with just a little extra liquidity.  Unfortunately, this policy antidote doesn’t always work out in practice.

Certainly cheap credit can have a stimulative influence on an economy with moderate debt levels.  But once an economy has reached total debt saturation, where new debt fails to produce new growth, the cheap credit trick no longer works to stimulate the economy.  In fact, the additional credit, and its counterpart debt, actually strangles future growth.

Present monetary policy has landed the economy at the unfavorable place where more and more digital monetary credits are needed each month just to stand still.  After seven years of ZIRP, financial markets have been distorted to the point where a zero bound federal funds rate has become restrictive.  At the same time, applications of additional debt only serve to further the economy’s ultimate demise.

The fundamental fact is that the current financial and economic paradigm, characterized by heavy handed Federal Reserve intervention into credit markets, is dying.  Debt based stimulus is both sustaining and killing the economy at the same time.

No doubt, this is a strange situation that has developed.  For further instruction, let’s look to California’s San Joaquin Valley…

Dropping down the backside of the grapevine from the Tejon Pass, along Interstate 5 between Los Angeles and San Francisco, one is greeted by an endless sea of agricultural fields.

We often hear it said that climate change is too abstract to win the support needed to effectively combat it.

But the primary way we will experience climate change is through the water cycle – through droughts, floods, depleted rivers, shrinking reservoirs, dried-out soils, melting glaciers, loss of snowpack and overall shortages of water to grow our food and supply our cities.

If that’s not tangible enough to take action, I don’t know what is.

We’re already seeing this new world of water unfold before our eyes. And while I must add the obligatory caveat that scientists cannot prove that human-induced climate change is the causeof any single event we have witnessed (with the likely exception of the 2013-14 Australian heat waves), scientists do know – and warn – that these are the kinds of events to anticipate more of as climate change unfolds.

Last week, a new study by researchers with the National Aeronautics and Space Administration and Cornell and Columbia Universities warned that the U.S. Southwest and Great Plains are almost certainly in for unprecedented “mega-droughts” during this century.

Using 17 different state-of-the-art climate models, the scientists found “a coherent and robust drying response to warming.” The findings were published in the journal Science Advances.

Under scenarios of both moderate and high greenhouse gas emissions, the team concludes that these regions can expect drought periods even more severe than the driest centuries of the last millennium. It was after one of those long droughts that the Hohokam, an advanced, irrigation-based civilization that thrived for a thousand years in what is now the Phoenix area, disappeared.