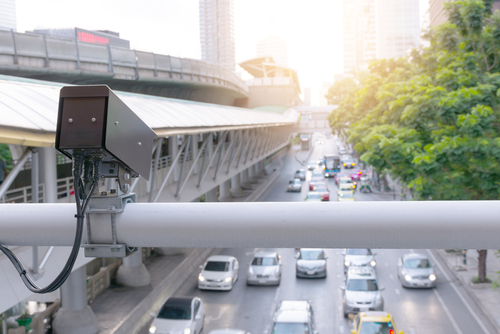 COMMENT: Hi,
Hunt for taxes is running full scale in Scandinavia.
In Sweden, all vehicles including foreign registered vehicles, are obliged to pay congestion taxes in Stockholm and Gothenburg as well as infrastructure charges in Motala and Sundsvall.
Sometimes, the automatic camera system reads the license plate falsely and few people in Finland have gotten monthly invoices, even though they or their car never were in Sweden, including some fire trucks that never leave their home town.
TThepayment is usually fa ew euros but the overdue payment is 500 SEK. The most horrible thing is that, of course, the due date comes so fast that if you don’t want to pay the 500 SEK overdue payment you just pay the invoice and then it is your burden to prove you never were in Sweden.
BR
JP

REPLY: We are witnessing police being converted into tax agents. This is no longer about protecting the public. It is about exploiting the public to fund government pensions. For every person who moves to retirement, the state then hires their replacement. Consequently, the cost of government is growing no exponentially on a global basis and this is the reason why we are undergoing a MAJOR Cycle Inversion in how the markets will react between now and 2032. In Australia, they have been handing out parking tickets in your own driveway.  In Australia, there are people who have figured out how to beat all these automated cameras. They clone license plates so other people get the tickets. In the USA, there have been major class actions lawsuits against automated cameras. In Cherry Hill, New Jersey, if you stopped but were 6 inches over the white line, you were still being given a ticket for running a red light.

It may be the bete noir of the credit market, but despite the gradual phase out of the infamous manipulated benchmark, Libor remains the reference rate for trillions in floating rate debt instruments, and in a further indication that monetary conditions are tightening aggressively and that funding headwinds are rising, overnight 3M USD Libor rose by 1.94bps to 2.4690% – the biggest one day jump since the end of May – and the highest USD Libor level since 2008.

While some attribute the recent move higher in Libor to recent hawkish rhetoric from Powell, with the latest move following the Fed’s minutes, today’s move has also pushed the dollar FRA/OIS spread wider by 3bps to 33.5bp level, highest since July, a hint that a fresh dollar shortage may be in the offing.

As Bloomberg’s Sunil Keser notes, while compared to the Libor-OIS blowout observed in Q1, the recent move looks tame, it serves to underscore how sharp the dollar repatriation was in the first few months of 2018. Meanwhile, “the widening since mid-September is enough on its own to warrant flagging, given the outright level of the current Libor fixing.”

As to whether it can go further depends on where the Fed judges the neutral rate to be, and how far above it they are willing to go.

The creeping rise in the cost of debt for corporations and ordinary consumers, most broadly manifested by Libor, was recently flagged by Guggenheim as one of the key risks for the credit market, noting that for the broader leveraged credit market the cost of debt troughed at 5.3% in 2015 and was recently 5.6%, prompting a warning that “this trend is somewhat overlooked by investors who focus on narrowing spreads over Treasurys or LIbor, historically low portfolio yields and exception earnings growth.”

Europe’s refugee mess is back with a bang.

On Thursday, out of the blue, Italy’s Deputy Prime Minister Luigi Di Maio threatened to stop financial contributions to the European Union next year unless other states agreed to take in migrants being held on a coastguard ship in Sicily. The Italian’s ultimatum comes less two months after Europe triumphantly announced a “vaguely worded” deal  on how to resolve the continent’s migrant influx.

“If tomorrow at the meeting of the European Commission nothing is decided on the redistribution of migrants and the Diciotti ship, I and the entire Five Star Movement are not willing to give 20 billion to the European Union,” Di Maio said in a video posted on his Facebook page.

He echoed statements by Interior Minister and Deputy Premier Matteo Salvini, who has refused to allow 177 migrants to leave the Italian coastguard ship Ubaldo Diciotti, which is docked in the Sicilian port of Catania. While Italian prosecutors opened an investigation into the detention of the migrants and 29 children were allowed to disembark, Salvini still won’t allow the rest of the people to come ashore and has attacked the EU for its “cowardly silence.”

Salvini described those aboard as “illegal immigrants,” and said they won’t be allowed to step foot on Italian soil. Instead, he insisted fellow European Union nations take in some of the asylum-seekers.

“Italy’s no longer Europe’s refugee camp,” he tweeted. “Upon my authorization, no one is disembarking from the Diciotti.”

Salvini, who is also interior minister, was defiant in the face of a criminal probe into possible kidnapping charges for forcing the migrants to remain on the vessel. The chief prosecutor from the Agrigento court, Luigi Patronaggio, on Wednesday boarded the Diciotti and said afterwards he had opened a probe against “unknown” persons for holding the migrants against their will.

Pool of Funding the Heart of Economic Growth

Most experts are of the view that massive monetary pumping by the US central bank, the Fed, during the 2008 financial crisis saved the US and the World from another Great Depression.

We suggest that at no stage increases in money supply can be an important driving factor of economic growth.

In this way of thinking what funds i.e. provides support to economic growth is the increase in money supply.

We suggest that individuals, which are engaged in the various stages of production, in order to support their lives and wellbeing, require an access to final consumer goods and not money as such.

Is Funding About Money?

A key factor that constrains people’s ability to generate goods and services is the scarcity of funding. Contrary to popular thinking, funding is not about money as such but about real savings.

Note that various tools and machinery or the infrastructure that people have created is for only one purpose and it is to be able to produce final consumer goods that are required to maintain and promote peoples life and well-being.

For a given consumption of final consumer goods, the greater the production of these goods the larger the pool of real funding or savings is going to be. The quantity and the quality of various tools and machinery i.e. the available infrastructure, place a limit on the quantity and the quality of the production of consumer goods.

This of course means that through the increase in real savings, a better infrastructure can be built and this in turn sets the platform for a higher economic growth.

A higher economic growth means a larger quantity of consumer goods, which in turn permits more savings and also more consumption. With more savings a more advanced infrastructure can be created and this in turn sets the platform for a further strengthening in the economic growth.

The U.S. Environmental Protection Agency was dealt a massive blow this week by the House Appropriations committee, where the Republican majority voted to further cut the agency’s budget and reduce its authority to enforce laws safeguarding our air, water and health.

The House committee voted on Tuesday to slash the EPA’s budget by 9%, or $718 million. This is in addition to a dramatic 20% reduction in overall funding that has taken place since the control of the House of Representatives switched to the Republican Party in 2011. This new reduction will put EPA funding at its lowest level since 1989.

The cuts are part of the 2016 Interior and Environment Funding Bill, which will head to the full House for a vote soon.

The budget is not the only thing that the Appropriations committee is taking a shot at; they also want to curtail the agency’s authority to enforce rules. Specifically, the new budget would prevent the agency from enforcing water pollution standards as well as the new emissions standards for coal-fired power plants.

The attacks on the EPA’s budget are part of a broader plan by the Republican Party to thwart the agency’s attempts to pass rules aimed at reducing the effects of climate change and reigning in industry pollution.

As The Hill points out, it will take significant support from members of the Democratic Party in order for these plans to reach fruition, and few defectors have come forward, with the notable exception of Democratic Senator Joe Manchin from West Virginia.

U.S. News and World Report spells out the problems facing Republicans in the form of Democratic opposition:

Just what the market had hoped would not happen…

What this means simply is that since Greek banks are now unable to pledge Greek bonds as collateral and fund themselves, and liquidity is about to evaporate, the ECB has effectively just given a green light for Greek bank runs, as suddenly it has removed, both mathematically but worse politically, a key support pillar from underneath the already bailed out Greek banking system, (or merely a negotiating move to let Greece see just what kind of chaos this will create ahead of the big D-Day on Feb 25th when ELA could be withdrawn).

And now finally, after many years of investing in ECB repo collateral, pardon Greek debt, Greek banks finally will ask what the “fundamental” value of all that Greek government debt they bought really is. Judging by the Greek ETF’s reaction, the answer is lower.

The only question now is whether the Greek Central Bank, which the ECB said is now sufficient to meet bank liquidity needs (via the ELA which the ECB has not yanked… yet: it has given Greece until February 28 before this final prop is yanked and Greece is left to drown), is allowed to print Euros. If not, the Greek experiment at trying to stick it to Europe is about to crash and burn spectacularly.