Loosing polar ice, the Amazon and the fight against a coming recession

News stories and popular narratives on recent — and not so recent — events like how the economy got broke or why inflation is soaring focus too much on human decisions. As if ‘choices’ leading up to these events were made in a completely rational manner, and as if what would happen tomorrow were completely up to the people making the next round of decisions.

Pundits and politicians tend to refer to events in the age-old framing of good vs evil, people doing the right, or in case of evil folks, foolish things (1). This leads us to the widespread illusion, that all we have to do in case of trouble is to get rid of the wrong people and start doing things the right way (which is always ‘our way’ of course).

It is needless to say how much of a hubris this is. Human exceptionalism at its best. The world, classically understood through the concepts of money, politics and history — all human artifacts — is by definition human centered and thus miss a large swathe of the picture. Stories based on these human concepts naturally focus on the actor and not the scene the actor is playing its role. Just like stories of heroes and kings of old.

Our elites, trained in law schools, history classes and courses on neoclassical economics, however, cannot even think outside this rather narrow framing. Thing is, they do not even need to. Spinning stories masterfully built around money, politics, history and law is more than enough to launch people into power — but it fails exceptionally in driving us through the coming bottleneck.

2019: Are you Ready for a New World War? A Statistical Analysis

2019: Are you Ready for a New World War? A Statistical Analysis

With the end of 2018, also the centennial of the end of the Great War (or WWI) is past. It passed remarkably in silence: a few celebrations, but little or no discussion of the reasons and the consequences of that war, supposed to be the one that would “end all wars.”

Reasonably, it was too much to expect that wars would ever end but maybe we could have at least learned something from rethinking to a conflict that caused some 40 million victims. But that didn’t happen (if you can read Italian, you may be interested in a reflection of mine on the subject). The world situation, today, looks more and more similar to the military build-up that took place in Europe in the years preceding the Great War. The “Great Powers” are arranging their forces as if they were setting their pieces on a giant chessboard. At some moment, someone may well decide to make the first move. And in this giant chess game, the kings can wipe out all the pawns in a single move with their nuclear warheads.

It would be nice to follow Steven Pinker’s optimism about modern times becoming less violent. There may be such a trend for the past few decades, but it is always dangerous to extrapolate from a limited dataset. In this case, the optimism of Pinker seems to be simply wrong if measured over a time span of several centuries. This is the result of an analysis of the data for the conflicts of the past 600 years that myself and my coworkers Martelloni and Di Patti performed in 2018 — it was thought, in part, as a way to celebrate the centennial of the Great War.
…click on the above link to read the rest of the article…

Sarah Woods on imagination and “the crisis of what comes next”. 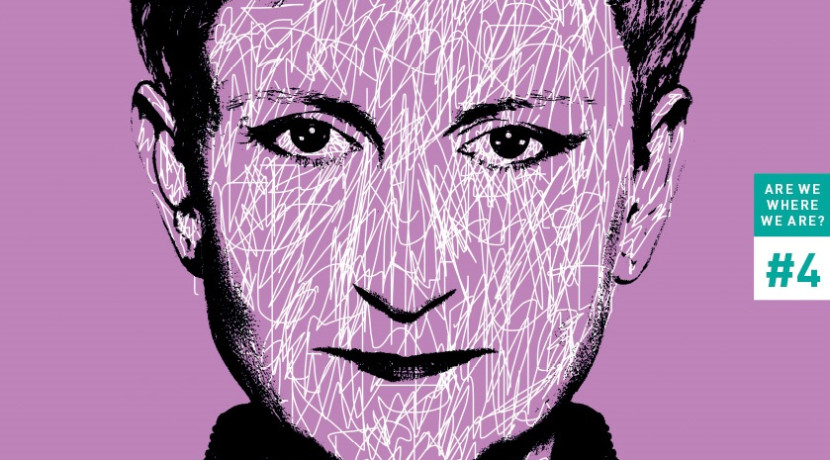 Sarah Woods on imagination and “the crisis of what comes next”.

If it is true that we are living through a time in which our collective imagination is increasingly devalued and undernourished, what might be the role of story in that, and how might story be part of the remedy?  There are few better people to discuss this with than Sarah Woods.  Sarah is a writer across all media and her work has been produced by many companies including the RSC, Hampstead and the BBC.

Her opera ‘Wake’, composed by Giorgio Battistelli, opens in March, as does her play ‘Primary’, about the UK state education system. Alongside many other projects, she is currently writing the musical of the play she co-wrote with the late Heathcote Williams ‘The Ruff Tuff Cream Puff Estate Agency’, about squatting and DIY culture. Her play ‘Borderland’ just won the Tinniswood Award for best radio drama script of 2017.

Sarah is a Wales Green Hero, and her work is about, as she told me, “story wherever it’s most useful, across the board”.  I started by asking her the question I always ask in these interviews, but never as the first question.  If you had been elected as the Prime Minister at the next election and you had run on a programme of ‘Make Britain Imaginative Again’, what might be some of the things that you would announce in your first 100 days?

“I would want for everybody to start looking at society and their lives as systems, which is about three things isn’t it?  Elements and interconnections and then the things that come out of that.  I suppose at the moment I feel that we’ve got a problem with the way that we’re relating to each other.  There’s a lot of division so that we’re in little boxes.