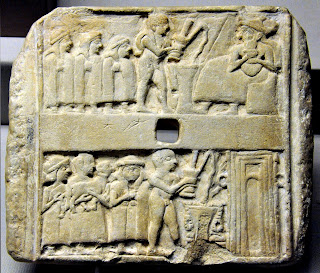 Temple worship in Ur, from Sumerian times. Note in the lower panel people are bringing all sort of goods to the temple represented as the abstract structure on the right.

House founded by An, praised by Enlil, given an oracle by mother Nintud! A house, at its upper end a mountain, at its lower end a spring! A house, at its upper end threefold indeed. Whose well-founded storehouse is established as a household, whose terrace is supported by lahama deities; whose princely great wall, the shrine of Urim! (the Kesh temple hymn, ca. 2600 BCE)

Not long ago, I found myself involved in a debate on Gaian religion convened by Erik Assadourian. For me, it was a little strange. For the people of my generation, religion is supposed to be a relic of the past, opium of the people, a mishmash of superstitions, something for old women mumbling ejaculatory prayers, things like that. But, here, a group of people who weren’t religious in the traditional sense of the word, and who included at least two professional researchers in physics, were seriously discussing about how to best worship the Goddess of Earth, the mighty, the powerful, the divine, the (sometimes) benevolent Gaia, She who keeps the Earth alive.

It was not just unsettling, it was a deep rethinking of many things I had been thinking. I had been building models of how Gaia could function in terms of the physics and the biology we know. But here, no, it was not Gaia the holobiont, not Gaia the superorganism, not Gaia the homeostatic system. It was Gaia the Goddess.

The Word for World is Forest

The Word for World is Forest

I read “The Word for World is Forest” maybe 30 years ago, but when I took it up again, every word in it was familiar to me, as I had dropped it in a drawer just one week before. Each word of it carried the rumble of thunder and the force of a hurricane, the same effect on me of a presentation by Anastassia Makarieva on the same subject, the forest.

Anastassia Makarieva is a scientist, Ursula Le Guin was a novelist. It doesn’t matter. There is a thread, there is a narration, there is a story that pervades humankind’s consciousness. I can’t remember who said that trees are the pillars that hold the sky, but I am discovering it is true. Not single trees, the forest, it is the biotic pump, an incredible machine that works pumping water from the air above the oceans and distributes it for free to every living creature. The ultimate gift of life.

I can’t understand how Ursula Le Guin could grasp these concepts by pure intuition nearly 50 years ago, but she did. Reread many years later, this book is a pure hit to the stomach. It leaves you breathless, but in a state of mind as if you wanted to be punched again and again, for the pure pleasure of the action, the movement, the sensation. 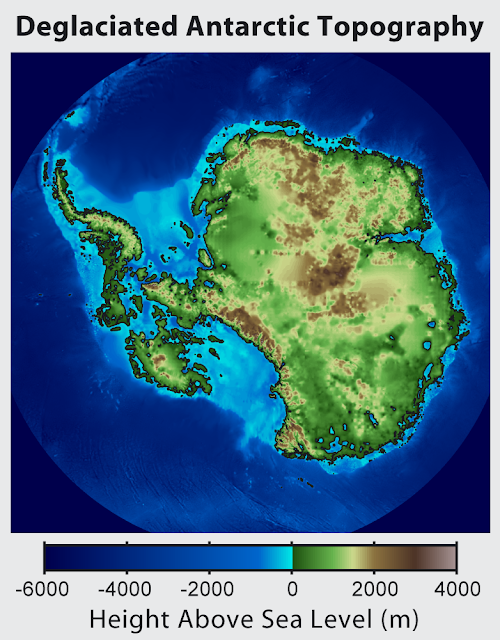 Antarctica deglaciated and uplifted, as it could appear ten thousand years after the Great Warming of the 21st century (from global warming art).

The text below is part of my cli-fi novel “Queen of Antarctica” that one of these days I might be able to publish, somewhere. The novel takes place in a remote future and it is based on the idea that, after the runaway climate change of the 21st century, the survivors managed to colonize the extreme North and the extreme South of the planet, including Antarctica. And here is how their remote descendants living in Antarctica would tell the story. Note that the story assumes a relatively warm Antarctica, but it reflects the peculiar conditions of a civilization living near the South Pole that would experience six months of light followed by six months of darkness.In this world, people would spend the dark winter in a sort of hibernation. For them, seeing the stars in the dark sky would be something special, worth celebrating.

So, children, you have been sleeping through the long winter night, but now you are awake, and it is good that you are awake because this is a very special night. It is the night when we all wear heavy clothing and we go out to look at the stars! Yes, children, the sky is dark during the solstice night, and this night is darker than all the other nights of the year.
…click on the above link to read the rest of the article…

The senility of elites: coal mining must continue, no matter what the human costs

The senility of elites: coal mining must continue, no matter what the human costs 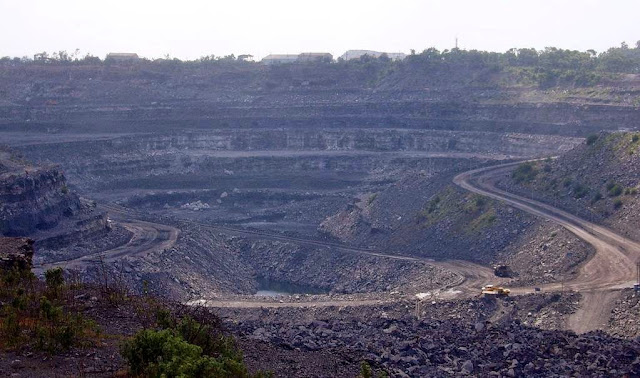 The coal mine of Bihar, India. Photo by Nitin Kirloskar
This post was inspired by a recent article about coal mining in India by David Rose in the Guardian about coal mining. In India, people are dying in the streets because of excessive heat caused by global warming, but Rose reports that “…across a broad range of Delhi politicians and policymakers there is near unanimity. There is, they say, simply no possibility that at this stage in its development India will agree to any form of emissions cap, let alone a cut.” In other words, coal mining must continue in the name of economic growth, no matter what the human costs.

I think it is hard to see a more evident example of the senility of the world’s elites. It is, unfortunately, not something that pertains only to India. Elites all over the world seem to be nearly totally blind to the desperate situation in which we all are.

On this matter, I have a post written on my “Chimeras” blog that describes how the blindness of the elites is not just typical of our times, but was the same at the time of the Roman Empire. It is a discussion of how one of the members of the Roman elite, Rutilius Namatianus, completely misunderstood the situation of the last years of the Empire. It is our plea of human being that we don’t understand collapse, not even when we live it.

The return home of Rutilius Namatianus 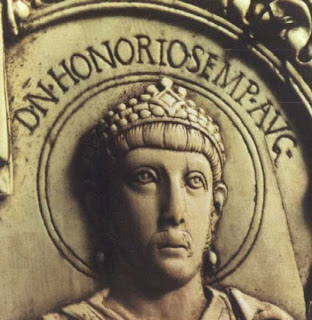 The 5th century saw the last gasps of the Western Roman Empire. Of those troubled times, we have only a few documents and images. Above, we can see one of the few surviving portraits of someone who lived in those times; Emperor Honorius, ruler of what was left of the Western Roman Empire from 395 to 423. His expression seems to be one of surprise, as if startled at seeing the disasters taking place during his reign.

At some moment during the first decades of the 5th century C.E., probably in 416, Rutilius Namatianus, a Roman patrician, left Rome – by then a shadow of its former glory –  to take refuge in his possessions in Southern France. He left to us a report of his travel titled “De Reditu suo“, meaning “of his return” that we can still read today, almost complete.

Fifteen centuries after the fall of the Western Roman Empire, we have in this document a precious source of information about a world that was ceasing to exist and that left so little to us. It is a report that can only make us wonder at how could it be that Namatianus got everything so badly wrong about what was happening to him and to the Roman Empire.
Continue reading on “Chimeras”