Chaos Theory – the idea that a butterfly in Thailand could cause a US hurricane – can actually create positive outcomes as well as mayhem. Consider that European banks, German long-term bunds and the offshore yuan are essentially the butterflies making for pleasant investment conditions just now. All have turned sharply in the last 2 months after previous discounting disaster. And all have more room to run.

Chaos Theory gets a bum wrap, and I think the reason is bad branding. The most common explanation of the phenomenon is the classic “a butterfly flapping its wings in Thailand can cause a hurricane in the Gulf of Mexico”. Initial conditions, in other words, can have outsized effects in complex systems like weather patterns. Fair enough, but one usually associates Chaos Theory with bad outcomes like cyclones and stock market crashes.

What about when initial conditions push their way through to create unexpectedly good outcomes? That’s Chaos Theory as well, but no one talks about the mayhem created by a lovely day… Bad branding, that, or at least misleading packaging…

Turning to the current sunny spell in global risk markets, three examples of why Chaos Theory can work to investors’ benefit as well as harm.

On This Day: One Wrong Turn & History’s Biggest “Butterfly Effect”

On This Day: One Wrong Turn & History’s Biggest “Butterfly Effect”

This post seems more relevant than ever as many believe the initial conditions of today are very similar to those of the Spring and Summer of  1914.

One wrong turn, one small change in initial conditions can change the course of history enormously.

The butterfly effect is the concept that small causes can have large effects. Initially, it was used with weather prediction but later the term became a metaphor used in and out of science.

In chaos theory, the butterfly effect is the sensitive dependence on initial conditions in which a small change in one state of a deterministic nonlinear system can result in large differences in a later state. The name, coined by Edward Lorenz for the effect which had been known long before, is derived from the metaphorical example of the details of a tornado (exact time of formation, exact path taken) being influenced by minor perturbations such as the flapping of the wings of a distant butterfly several weeks earlier. Lorenz discovered the effect when he observed that runs of his weather model with initial condition data that was rounded in a seemingly inconsequential manner would fail to reproduce the results of runs with the unrounded initial condition data. A very small change in initial conditions had created a significantly different outcome.  — Wikipedia

On this day in history, June 28, 1914, 105 years ago to the day, the driver for Archduke Franz Ferdinand,  nephew of Emperor Franz Josef and heir to the Austro-Hungarian Empire,  made a wrong turn onto Franzjosefstrasse in Sarajevo.

“The snag for them is that it happened on Monday. And all the official pronouncements in the State media were: “Well, it’s a blip. It’s a very rare event.” Well, it’s happened three days later so you then have to ask yourself, “How much of a blip is it ?” And some analysts question whether the authorities have got a grip on this, if they’re saying on Monday, “Look, don’t worry about it, it’s just a blip,” and then it happens again. The whole question arises of whether the authorities are trying to control the uncontrollable.”

“For [our investment process] to work we have consistently needed the following criteria to be met:

• Access to transparent and truthfully compiled data at both a macro and a company specific level..

..China also presents further problems.. than just a weakening growth profile. This is the problem of the predictability (or rather lack of) of policy making. As its growth rate has slowed and as China – due to its sheer size – has become more important to the functioning of the rest of the global economy, so external scrutiny has increased. Unfortunately, instead of responding with greater transparency, which would reduce the level of enquiry, the Chinese government has responded by drawing in on itself and hiding behind a welter of official statistics that quite frankly no longer add up..”

– Nevsky Capital in a letter to investors explaining why it is closing the $1.5 billion Nevsky Fund.

What’s the last dollar they can print before financial crisis? 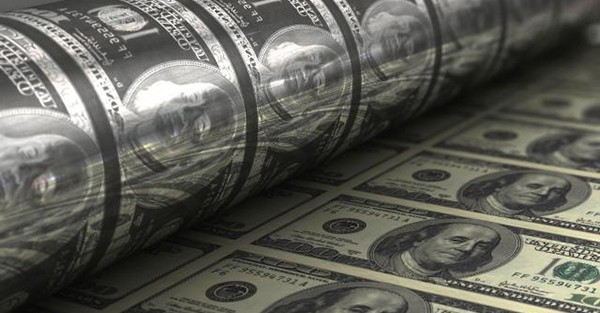 What’s the last dollar they can print before financial crisis?

In the field of mathematics, chaos theory studies the behavior of systems that are highly sensitive to initial conditions.

The idea in chaos is that, like life itself, where you start today has tremendous influence on what happens next.

In chaos, even very tiny changes to initial conditions can lead to wildly divergent outcomes further down the line.

Again, think about life: how different would your outcome be if you’d been born in the next town over? Or to different parents?

But once brought back to life, won’t they breed?

No, says Hammond. Because all the dinosaurs on the island are engineered to be female, by way of chromosome control.

Dr. Ian Malcolm, a chaos expert played by Jeff Goldblum, has been brought along to assess the project. His assessment is skeptical to the point of hostility:

“[T]he kind of control you’re attempting is not possible. If there’s one thing the history of evolution has taught us, it’s that life will not be contained. Life breaks free. It expands to new territories. It crashes through barriers. Painfully, maybe even… dangerously…

Life -nature- does indeed find a way, and Malcolm barely survives into the inevitable sequel.

Jurassic Park is, of course, a work of fiction.

That central banks that exist today, on the other hand, are fact.

And it is fact that for several years they have been attempting to artificially manipulate the market.

Chaos Theory – You Can Map Any Market to Reveal the Hidden Order | Armstrong Economics.

One of the interesting questions at IDFA was have I solved Chaos Theory? I am not sure that needs to be solved. The problem we have is confined to our mind and trying to translate concepts into words to facilitate expressing what we think is linear thought but is not. This is the Lorenz strange attractor that governs convection in liquids. This demonstrates that our weather appears to be unpredictable, yet this unpredictability is confined within parameters which is one hallmark of non-linearity.