How government and media use the phrase to suppress opposition.by

Biden’s “National Strategy for Countering Domestic Terrorism” report last week declared that “enhancing faith in American democracy” requires “finding ways to counter the influence and impact of dangerous conspiracy theories.” In recent decades, conspiracy theories have multiplied almost as fast as government lies and cover-ups. While many allegations have been ludicrously far-fetched, the political establishment and media routinely attach the “conspiracy theory” label to any challenge to their dominance.

According to Cass Sunstein, Harvard Law professor and Obama’s regulatory czar, a conspiracy theory is “an effort to explain some event or practice by reference to the machinations of powerful people, who have also managed to conceal their role.” Reasonable citizens are supposed to presume that government creates trillions of pages of new secrets each year for their own good, not to hide anything from the public.

In the early 1960s, conspiracy theories were practically a non-issue because 75 percent of Americans trusted the federal government. Such credulity did not survive the assassination of John F. Kennedy. Seven days after Kennedy was shot on November 22, 1963, President Lyndon Johnson created a commission (later known as the Warren Commission) to suppress controversy about the killing. Johnson and FBI chief J. Edgar Hoover browbeat the commission members into speedily issuing a report rubberstamping the “crazed lone gunman” version of the assassination. House Minority Leader Gerald Ford, a member of the commission, revised the final staff report to change the location of where the bullet entered Kennedy’s body, thereby salvaging Hoover’s so-called “magic bullet” theory. After the Warren Commission findings were ridiculed as a whitewash, Johnson ordered the FBI to conduct wiretaps on the report’s critics. To protect the official story, the commission sealed key records for 75 years. Truth would out only after all the people involved in any coverup had gotten their pensions and died.

In 2008, Harvard professors Cass Sunstein and Adrian Vermeule proposed that the government should engage in “cognitive infiltration” of citizen groups that seek the truth about 9/11. The proposal was that government operatives, whether anonymous or otherwise, should infiltrate and disrupt the groups. They wrote, “Government agents (and their allies) might enter chat rooms, online social networks, or even real-space groups and attempt to undermine percolating conspiracy theories by raising doubts about their factual premises, causal logic or implications for political action. “

The following year, this anti-Constitutional stance was rewarded when Sunstein was made director of the White House Office of Information and Regulatory Affairs. Members of the 9/11 Truth Movement responded with detailed criticism.

Of course, the idea of infiltrating a grassroots action group, to disrupt and defame its members, was not new. The FBI program called COINTELPRO was a widely reported example after it was revealed in the early 1970s to have infiltrated citizen groups seeking civil rights and peace. After being revealed, COINTELPRO techniques continued at the FBI and elsewhere in government. 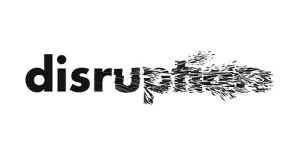 Since 9/11, journalists have noted that government infiltration of political groups is no longer a rare exception but is the norm. The goals of such infiltration are to destabilize and prevent citizen dissent by creating a negative public image for the target group and conflict within the group. Infiltration is easy when it comes to a grassroots movement like 9/11 Truth. That is, you cannot just claim to be a 9/11 Commission member or an employee of a government agency but anyone can say they are a truth seeker. The beauty of this for government operatives is that they can control both sides of the conversation.

“In many nations, rational people end up believing crazy things, including (false) conspiracy theories. Those crazy thoughts can lead to violence, including terrorism. Many terrorist acts have been fueled by false conspiracy theories, and there is a good argument that some such acts would not have occurred in the absence of such theories. The key point—and, in a way, the most puzzling and disturbing one—is that the crazy thoughts are often held by people who are not crazy at all.”

If you don’t know who Cass Sunstein is, or what he does now would be a good time to do some research. Not only because of his position with the White House and the power that entails, but because he understands quite clearly what problems are posed by people who, in his own words are, “…neither ignorant, not ill-educated. On the contrary they can be spectacularly well informed…”

Conspiracy theories are, in short, the belief that others conspire in secret to commit criminal acts. They do, no secret there. In fact the majority of prisoners in Federal Penitentiaries are serving time not for a specific crime, but for conspiracy to commit a felony, more simply discussing their intentions with another person in secret. It must be difficult indeed to simultaneously prosecute large numbers of people for the very activity that you are assigned to debunk and then somehow explain to people that it’s dangerous to believe in them. Yes, yes, you can imagine them saying, other people do engage in conspiracies, but we never would and you’d have to be crazy to even consider it.

The Key Logical Fallacy of Statism

I just read an article in Bloomberg View yesterday by Cass Sunstein, who is a law professor at Harvard.  It was a roundup of a number of books published last year on “behavioral economics”.  For those who don’t know it, behavioral economics typically focuses on the biases and systematic errors in human behavior.

Surely everyone has heard an argument along these lines before: socialism would really work if only it were done right! For starters, it would need to be administered by a host of angels, so what you see above should be considered the ideal communist bureaucrats. Image via pixgood.com

In his review of the book Phishing for Phools by George Akerloff and Robert Shiller, Sunstein concludes that one of the major contributions of the authors “is to show that if we care about people’s well-being, the invisible hand (i.e., free markets) is often the problem, not the solution.”

Cass Sunstein, a committed, and as we believe, truly dangerous statist, who would likely have felt right at home in Stalin’s politburo. We have discussed this crypto-communist weirdo previously in these pages (see The Taming of Deluded Conspiracy Theorists) and so has incidentally Dr. Machan (see Rights and Government). Sunstein is not only an enemy of the free market, he inter alia once opined (in an academic paper, no less) that Americans should henceforth only be fed government-approved information. In order to achieve this, he proposed that government agents should infiltrate the web sites of “conspiracy theorists” (=anyone who thinks the government may be lying about something) to spy on them and discredit them, and if that doesn’t help, government should tax them oroutright ban “conspiracy theorizing” (wise men like Mr. Sunstein would presumably determine what does and doesn’t constitute a “conspiracy theory”). He failed to mention how those breaking the ban should be punished (forcible relocation into a reeducation camp perhaps?) Photo via 911blogger.com