Why one US Marine renounced war after 9/11 [OPINION] 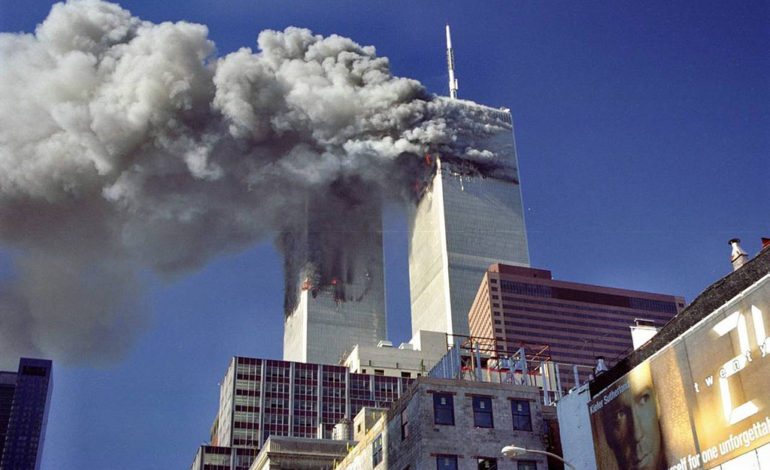 The fires which began with the 9/11 attacks were never extinguished. They continue to burn fiercely from Afghanistan to Iraq to Syria to Yemen to North Africa, as the region and its regimes came unglued in the wake of George W. Bush’s ‘war on terror’.

The 15th anniversary of 9/11 was marked in America with the usual sombre memorials and directives to ‘never forget‘.

But this definitive 9/11 slogan always takes me back to the overwhelming tide of pro-war fervour that swept the US and stifled any deeper reflection or debate in the years after 11 September 2001. Sadly, I was part of that fervour – and this too I will never forget.

The militarism of my youth

I joined the US Marine Corps as an idealistic 18-year-old in 2000, with a firm resolve – as I enthusiastically told my military recruiter shortly before leaving for boot camp – to “fight evil in the world”. This resolve was rooted more deeply in my veins after the 9/11 attacks. As a relatively new marine, I had temporarily worked at the Pentagon while attached to a headquarters computer programming unit in the two months just prior to that tragic day, and was fortunate not to be there when it was attacked.

After the smoke cleared in New York, Pennsylvania, and at the Pentagon, I and many others wanted ‘justice’ at all costs against an enemy we were told was present in multiple Middle Eastern countries. Slogans such as ‘let’s roll!’ echoed in my ears, and my fervour for ‘the mission’ influenced others to follow my path of military service.

While stationed in Quantico, outside of Washington DC, I became close friends with a local civilian nearing his high school graduation, and I encouraged him to join the Marine Corps. This occurred just as the Bush administration was making the case for war in Iraq.

Former White House Sr Advisor: “The Cult of Credibility” Will Take Us “Further Up The Escalation Ladder in Syria”

Russia will not back down, and neither will its Syrian and Iranian allies on the ground, says a former White House insider.

After the dramatic downing of a Syrian Air Force jet over Raqqa province by a US Navy F/A-18E Super Hornet on Monday, a former senior national security advisor to the Obama administration, Colin Kahl, warns that the Washington “cult of credibility” will lead the United States into “quagmire” and “further up the escalation ladder in Syria.”

Kahl’s statement on the incident, issued via Twitter, gives rare confirmation of a hawkish Washington national security culture which dangerously places credibility and political careerism over genuine US interests and defense.

As former Deputy Assistant to the President and National Security Advisor to the Vice President specializing in the Levant and Persian Gulf region, Kahl was directly involved in formulating Syria and regional policy in the Obama White House.

Here is Kahl’s statement as published through a Twitter thread [emphasis mine]:

The cult of credibility is as popular in DC as it is dangerous. Watch Syria. The risk of sliding into a big war is rising. For years, hawks have argued that Assad & Iran (& Russia after 2015) were essentially paper tigers in Syria. The Axis of Assad could be backed down & easily deterred if the US just showed some muscle. A few threats, strikes, no-fly zones. Voila! Obama was often criticized for being too cautious & concerned about escalation & quagmire risks in Syria. But consider Team Trump has now: Retaliated vs Assad for CW, Bombed Iranian-backed militia 3 times, Shot down an Iranian-made drone, Downed Syria jet. Yet the regime/Iran/Russia haven’t backed down.