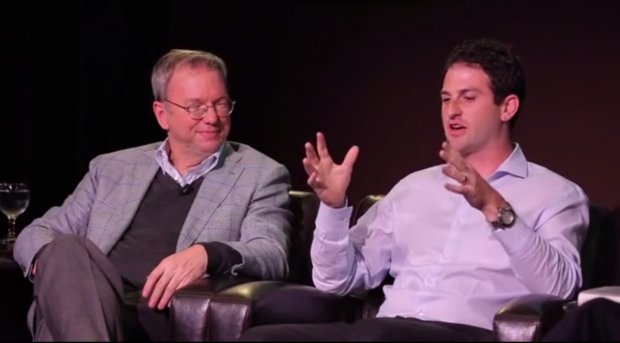 For anyone who might still be somehow unaware, the US is currently in a superpower staring match with both Russia and China. The conflict in Syria has put Moscow back on the geopolitical map (so to speak), creating an enormous amount of tension with Washington whose regional allies have been left to look on in horror as Russian airstrikes and an Iranian ground incursion dash hopes of ousting President Bashar al-Assad.

Meanwhile, in The South China Sea, Beijing has built 3,000 acres of new sovereign territory atop reefs in the Spratlys and although the reclamation effort itself isn’t unique, the scope of it most certainly is and Washington’s friends in the South Pacific are crying foul.

Beijing has continually insisted that it doesn’t intend to use the islands as military outposts, but the construction of runways and ports seems to tell a different story and so, Washington felt compelled to check things out over the summer by sending a Poseidon spy plane complete with a CNN crew to the area. Once the PLA spotted the plane the situation escalated quickly with the Chinese Navy telling US pilots to “Go Now!”

After that, an intense war of words developed with Defense Secretary Ash Carter insisting that the US would sail and fly anywhere it pleased and Beijing assuring the US that sailing within 12 nautical miles of the islands would prompt a harsh response from the PLA.

For weeks, the US was rumored to have been planning a freedom of navigation exercise in the Spratlys which, as we’ve pointed out several times this month, amounts to sailing by the islands just to see if China will shoot.

With intra-Europe relations hitting a new all-time low; and, having already been busted spying on Merkel, Obama got caught with his hand in Hollande’s cookie jar this week, the following exultation from one of Germany’s top politicians will hardly help Washington-Brussells relations. As Russia Insider notes, Oskar Lafontaine is a major force in German politics so it caught people’s attention when he excoriated Ash Carter and Victoria Nuland on his Facebook page yesterday… “Nuland says ‘F*ck the EU’. We need need an EU foreign policy that stops warmongering US imperialism… F*ck US imperialism!”

Lafontaine  has been an outsized figure in German politics since the mid-70s. He was chairman of the SPD (one of Germany’s two main parties) for four years, the SPD’s candidate for chancellor in 1990, minister of finance for two years, and then chairman of the Left party in the 2000s. He is married to Sarah Wagenknecht, political heavyweight, who is currently co-chairman of Left party.

Lafontaine’s outburst came a day after his wife, Sarah Wagenknecht, blasted Merkel’s Russia policy in an interview on RT.

China’s land reclamation moves in the South China Sea may be cause for reproach, but no one will do a thing about Beijing’s island-building program beyond the huff and puff of objection.

While the U.N. Convention on the Law of the Sea (UNCLOS) has been deliberating on the Philippines’ case against Chinese expansion into the Spratly Islands, China has stated that the results will have no bearing on its behavior, and has since reclaimed over 2,000 acres of land.

China continues to push the limits because it knows it can get away with its land grab, avoiding conflict or tarnishing any of its bilateral relations, even as the United States tries to vilify its eastern rival.

US Secretary of Defense Ash Carter remarked to the Shangri-La Dialogue Security Council in May that China risks miscalculation or conflict with its actions.

Adding to the litany of concerns, Malaysia’s defense minister warned of the potential for this flashpoint to escalate into one of the region and the world’s deadliest conflicts. Though tensions have risen in region making the Spratlys a potential flashpoint, China rarely lets its actions risk stability.

Pursuing its claims over the South China Sea – overstepping those of the Philippines, Vietnam, and Malaysia among others – is not the move of a bellicose nation poised for overt conquest. Instead it’s the cool calculation of a country with a penchant for stability and a keen eye for potential dangers; and it is this insidiousness that is most alarming.

There is justification in the international community’s concerns with China’s expansion in the South China Sea. Regional neighbors don’t want to live in the shadow of a growing hegemon who employs bully tactics and uses its economic clout against them. They therefore look to the Washington for help. It is also in the United States’ interest to hamper the ascendency of its eastern rival – BRICS, the Asian Infrastructure Investment Bank (AIIB), the rise of the New Silk Road – to maintain its fleeting dominance in Asia.