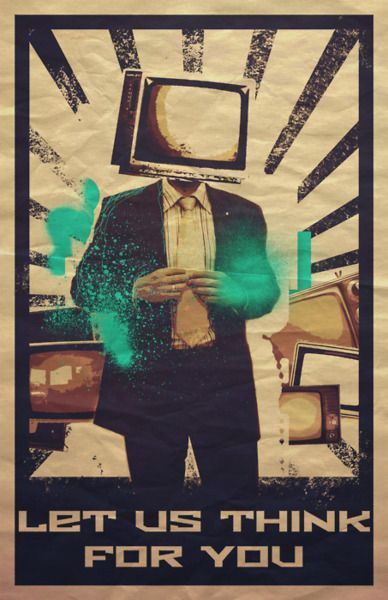 The average person in the First World receives more information than he would if he lived in a Second or Third World country. In many countries of the world, the very idea of twenty-four hour television news coverage would be unthinkable, yet many Westerners feel that, without this constant input, they would be woefully uninformed.

Not surprising, then, that the average First Worlder feels that he understands current events better than those elsewhere in the world. But, as in other things, quality and quantity are not the same.

The average news programme features a commentator who provides “the news,” or at least that portion of events that the network deems worthy to be presented. In addition, it is presented from the political slant of the controllers of the network. But we are reassured that the reporting is “balanced,” in a portion of the programme that features a panel of “experts.”

Customarily, the panel consists of the moderator plus two pundits who share his political slant and a pundit who has an opposing slant. All are paid by the network for their contributions. The moderator will ask a question on a current issue, and an argument will ensue for a few minutes. Generally, no real conclusion is reached—neither side accedes to the other. The moderator then moves on to another question.

So, the network has aired the issues of the day, and we have received a balanced view that may inform our own opinions.

In actual fact, there are significant shortcomings in this type of presentation: